NCPR reported this week on the fact that local governments in the Adirondacks receive tens of millions of dollars every year from Albany in the form of property tax payments.

The lion’s share of that money — roughly $65 million each year — goes to pay the state’s bill for owning the vast forest preserve.

We cited the example of Newcomb’s Central School district, which receives $2.5 million a year in payments.

Schools and local governments in Hamilton County, population five thousand, receive around $15,000,000 a year in property tax payments.  That’s about $3,000 per year for every man, woman and child in the county.

In exchange for all that money, schools and local governments are required to do almost nothing for the state of New York.  Yes, Hamilton County communities chipped in to help keep the Moose River Plains road system open last summer.

And yes, local governments often help with search and rescues and back country fire-fighting.  But for the most part, this money is all “profit” for Adirondack governments.

I’m not questioning whether the payments are appropriate.  Even now, when the state is $10 billion in the red, it seems fair that taxpayers across the state chip in to help communities within the Park.

After all, our stewardship of these lands comes at a big cost, in terms of lost development potential, isolation, and limits on many kinds of recreation.

But I wonder if we couldn’t use at least some of this money more effectively.

Currently, we eat up all that seed corn every year, pouring it into jobs at town highway departments, county health programs, and big school staffs.

(Sorry, Newcomb, but you’re kind of the poster child for this behavior, with roughly a 3-to-1 pupil-teacher ratio, and a price tag per student of $60,000 per year.)

What if instead of spending up all that money, we set aside, say, ten percent of the state’s forest preserve tax payments to create an investment capital fund?

At current payment levels, this would mean roughly $6-7 million of start-up money added to the kitty every year.  That’s money that would be available for local entrepreneurs, and also for outsiders willing to locate new businesses here.

Locals often complain about the Adirondack Park Agency and its stifling regulations.  But often the bigger hurdle for people wanting to invest here is the lack of capital.

The simple truth is that many banks are leery of putting their money in rural communities, even when someone has a great idea for a new venture.

Just this week, the Adirondack Daily Enterprise reported on two custom ski makers who grew up in the Adirondacks and would like to bring their project home from Connecticut.

If we had a pool of money available to help them, the deal might already be done.

The investment pool could also be used to help offset development and design costs for big, complicated projects like the Adirondack Club and Resort.

If developer Michael Foxman could have borrowed $2-3 million to offset the huge expense of designing and permitting such an expansive project, he might have been able to move more quickly.

The money might go to help local broadband initiatives, like the successful public-private partnership in Keene Valley.

And the capital pool could be used to help shore up existing businesses.  If we had a fund ready and available to support the Trudeau Institute in Saranac Lake, it would be a big bargaining chip.

Ideally, this would be an extremely-low-interest revolving fund, which means that we would create jobs and get much of our seed corn back to invest again and again.

(Yes, some of the money would be lost as businesses fail.  That’s part of capitalism and the free market.  Not all the people you bet on will be winners.  But without risk, there’s no reward.)

The truth is that Albany probably isn’t going to keep making these big property tax payments forever.  Political pressure to cap or even cut the payments has been growing for awhile.

Governor Mario Cuomo played with the idea.  So did Governor George Pataki.  And Governor David Paterson.

We should get a head start on that change, using some of our “free” forest preserve money to invest in future jobs, rather than spending it all up now. 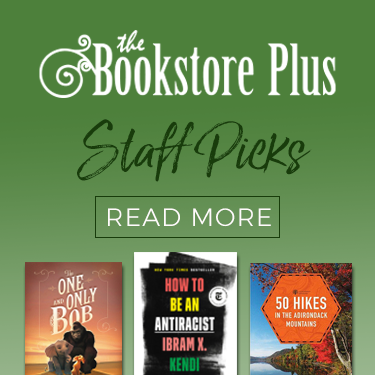