Is trade with China the first major salvo in the NY-23 congressional race?

Rep. Bill Owens, the Democrat from Plattsburgh, is calling out Republican leaders in the House for failing to call a vote on a bill that would demand fair currency standards from our trading partners.

“Fair trade is critical to economic growth in Upstate New York, and when one country artificially deflates its currency to gain leverage on a capitalist world market, there is nothing fair about it, ” Owens said in a release.

“When America’s trade partners play by the rules, we will see a recovery in American exports and American jobs.”

Owens’ statement cites a report from the Economic Policy Institute, claiming that if all Asian countries allowed their currencies to rise and fall in value — in the same way the dollar does — it would lead to the recovery of 2.2 million jobs in the US. 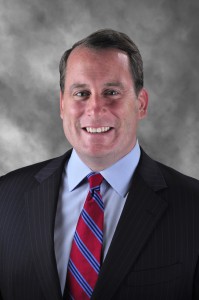 “Bill Owens’s eagerness to spark a trade war with China proves he is out of his depth. This bill is another anti-business measure that will result in higher prices for north country consumers.

It will also limit markets for our north country farmers and businesses – or force their prices so high in those markets that they would not be competitive.”

Doheny argues that a trade war between China and the US would close markets to American goods and allow countries from other nations to move in.

For what it’s worth, the New York Times editorial page sides with Doheny on this one.  The Times chastises China for manipulating its currency unfairly, but argues that this bill would “do even more damage to the American economy if — as is all too likely — China decides to retaliate.”

So what do you think?  Is it time to make the Chinese play fair?  Or is this too shaky a moment, in economic terms, to play chicken with the national that manufactures most of the stuff we buy?