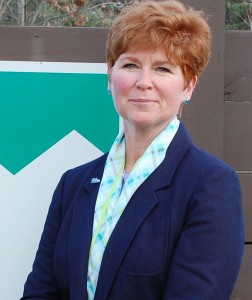 An environmental group called Protect the Adirondacks says it has uncovered documents showing that Adirondack Park Agency staff worked in secret with developers of the proposed resort in Tupper Lake, as part of last minute effort to reshape state permits allowing the controversial project.

If so, those negotiations could violate state laws designed to protect legal permit hearings like the one conducted for the Adirondack Club and Resort, which was approved by the APA on an 11-to-1 vote in January 2012.

Protect and the Sierra Club have filed suit in New York state Supreme Court to overturn the permits.

“Since we are trying to find common ground,” Van Cott wrote in an email dated October 2011, “and I understand this to be a condition that your client does not like, I have attempted to rework it to meet the same objective with more focus.”

In another email, also dated October 2011, Van Cott asks one of the developer’s consultants to provide him with “edits to the findings of fact in the draft order.”

Van Cott goes on to urge the developers to submit proposed changes “this morning if possible so that we can review them and work them in?”

In their legal filing, Protect also points to emails written by Ulasewicz, the resort attorney, in which he mentions an agreement between himself and senior APA attorney John Banta, who has since retired.

“All of the changes [Van Cott], I and Banta had agreed to…will be reflected in this new posting,” Ulasewicz wrote, just seven days before the APA cast its decisive vote.

In that same email, Ulasewicz suggested that he was maintaining direct lines of communication to Banta, APA executive director Terry Martino, and APA chairwoman Lani Ulrich.

“[Van Cott] offered to meet with me on Sunday if we had our comments together on the whole package,” Ulasewicz wrote, “so that he could bring them to the attention of Banta and Chairwoman Ulrich first thing Monday morning.”

In their lawsuit, Protect argues that these communications, occurred in secret after the formal hearing record had been closed.

“The statutes and laws prohibiting ex parte contacts in the APA deliberations prohibit both direct and indirect contacts regarding any issue of fact or conclusion of law,” the group asserts.

APA officials have denied that the developers exerted any improper influence over the process, though they acknowledged that Van Cott maintained communications with the project’s backers.

Speaking this week, APA spokesman Keith McKeever denied that any agreements were struck between the developer and senior attorney John Banta, or that communications were passed from the developers to Ulrich.

“We categorically deny that those things occurred,” McKeever said.  “The agency strictly followed ex parte communications and did not violate ex parte rules.”

Ulrich was appointed by Governor Andrew Cuomo to lead the APA and took the helm just prior to the final review of the Adirondack Club and Resort project.

Environmental activists note that documents released this week were made public through a freedom of information act request, which has only limited authority to force APA officials to disclose communications with the resort developers.

Green groups predicted that more documents would be revealed during the so-called discovery phase of the trial, when the court could in theory force the agency to release additional documents.