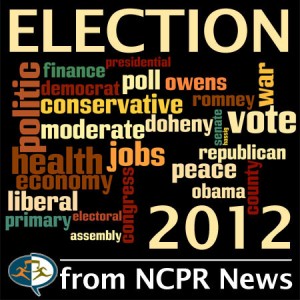 Last week, blog-innovator and Adirondack Almanack editor John Warren wrote a scathing critique of political journalism in this election year, arguing that reporters — like myself — are failing the American people.

We are “ignoring the issues and perpetrating the lies of machine candidates.”

He compared this cabal between journalists and politicians to the Tammany Hall fix that existed in 19th century New York City.  ” You, dear political reporters, are now holding the keys to the hall.”

You can read John Warren’s full critique here.  Now let me share some thoughts about how he’s right, and how (I think) he’s for the most part really, really wrong.

First, I do think that journalism is in crisis in America.

The fundamental business model has been destroyed by the digital revolution, so that once venerable institutions like Newsweek are fading away or shutting down.

Readers and listeners may not understand this, but it often takes institutional heft to take on big political organizations.  Reporters often need to file (or defend themselves against) big lawsuits in order to crack loose important information.  That’s harder to do in a world where Big Journalism is wounded and maybe dying.

It’s also true that our approach has been weakened by the re-emergence of advocacy journalism as the dominant form of reporting in America.

From Fox News to Huffington Post to DailyKos, a growing number of voters get their information not from neutral reporters, but from activist-journalists.

Those of us who are (still) offering straight-up news are, it seems, swimming against the tide of popular taste.  It’s a good, noble fight, but on many days I’m not sure that independent, objective journalism can survive.

The good news in all this is that the media landscape has exploded in size and diversity.  There are many, many more voices on the wind, carrying information and ideas and distributing that stuff in new and compelling ways.  (More about this in a moment.)

It’s telling that the biggest story of this political season — Mitt Romney’s “47% speech” — was uncovered by Mother Jones and distributed virally (at least at first) on the web.  Conservative journalists have also used new media to push narratives they view as important.

But much of what I’ve just written belies John Warren’s claims about some kind of journalo-politio axis that is working against the interest of informing American citizens and voters.  The concept is, on its face, bosh.

His argument relies fundamentally on a hard-liberal view about American politics which is factually, demonstrably false:  the idea that both major political parties are essentially one single plutocratic entity.  Mitt Romney and Barack Obama are, he argues “two thoroughbreds with the same owner and trainer.”

This is not an argument about journalism.  It’s Warren’s argument that journalists should adopt one particular (and particularly bad) narrative about our two major political parties.

Take our current presidential race.  Anyone examining the political histories of Barack Obama and Mitt Romney will know that their actions and their policies differ in material ways that will have substantive impact on the lives of real Americans.

The two candidates also have wildly divergent views about equal pay for women, immigration, and military spending.  That is, as they say in my business, news.

Now, John Warren’s real complaint is that while focusing our attention on politicians and organizations that have the very real power to affect all of our lives, we spend little time or energy focusing on parties and politicians who have no power to do so.

He suggests that this is a self-fulfilling prophecy.  If only we gave equal coverage to fringe candidates who do not have even a remote chance of winning elections or holding office, we would throw open the gates of power to a wider range of ideas, and a broader class of people.

It is the argument of an activist, not a journalist.  Our role (at least in my old fashioned corner of journalism) is to tell true stories about what is happening, not to encourage certain things to happen.

As I’ve said before, if the Green Party wants to mobilize an interesting, compelling, vibrant national campaign — following in the footsteps, say, of the Occupy movement or the Tea Party movement — journalists like myself would certainly cover it.

In his essay, Warren suggests that we should focus considerable attention on the views of Green Party candidate Jill Stein and allow her to take part in all the major political events, including debates and forums.  But why?

From her official bio, her only elected or political positions held in the past is that she “has twice been elected to town meeting in Lexington, Massachusetts. She is the founder and past co-chair of a local recycling committee appointed by the Lexington Board of Selectmen.”

The fact that Stein is running on the Green Party line is little more relevant than if she claimed to be running on the Purple Party line.  The Greens have little history of winning races at even the most local level.  (My search for elected Green officials turned up a few small-community mayors across the US.)

The bottom line is that Warren conflates the roles of journalists and activists, and he misunderstands (rather badly) the ways that political power functions in America, as illustrated by his chief complaint here.

Yes, Stein is irrelevant in the 2012 presidential race.  That may be a good thing or a bad thing, but it’s not because reporters failed to cover her election or her recent arrest.

In the new media landscape, there is absolutely no reason that Warren’s Adirondack Almanack can’t cover political issues, local, regional, or national.  Yet a search of the Almanack’s archives appears to find no mentions — zero, not one — of Jill Stein’s candidacy before this essay was posted criticizing other outlets.

Search under “Green Party” and you’ll find that every couple of years, Warren mentions that organization as part of a scold aimed of other media.  “Why are you ignoring the Greens?” But then, in the intervening years, he drops them entirely from his own radar.  No coverage, no discussion, no interviews…nothing.

(I may have this wrong.  I’m relying on Warren’s search engine for my data.)

So here’s my (yes, tongue in cheek) question to John Warren:  If you are in the know about all the cool, interesting tings that Jill Stein and the Greens have to say to the world, why are you covering it up?

61 Comments on “Debating the state of American political journalism”