Understatement #1: these are difficult times for unions.

Governments at nearly every level are wrestling with intractable deficits. Sooner or later, the temptation (the necessity?) of containing costs for unionized labor and contractual benefits comes up.

As a result, hard-fought gains are at risk. Old alliances seem shaky. Good, middle-class jobs stand threatened. Even the bedrock of collective bargaining is endangered.

Understatement #2: public attitudes on this issue are sharply divided.

Depending on one’s position on unions, recent trends can be welcomed as  “well, it’s about time.” 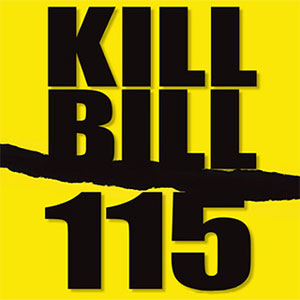 Ontario union advocates are using this graphic, adapted from popular cinema, to promote their cause.

That view argues unions became self-serving, carving out too-cosy alliances to trade votes for cushy perks – seldom matched by private sector employment. From that perspective, the situation demands retrenchment: the money well is dry and other needs are equally pressing.

This week Michigan – a state where unions once felt very much at home – passed right-to-work legislation in a maelstrom of bitter demonstrations and counter-demonstrations.

“The feds are players as opposed to overseers in this process,” he said. “This whole thing is a continued perversion of the normal collective bargaining process.”

Unions in Canada have long had a better relationship with the Liberal Party – and an even warmer one with the New Democratic Party (NDP).

So, when the Ontario provincial government, under Liberal Primer Dalton McGuinty, seemingly turned on teachers there was – and is – a profound sense of shock and betrayal in labor circles. After all, McGuinty’s wife is herself an elementary school teacher.

By the way, there’s a whole slew of different school systems and unions in Ontario: public English, public French. Catholic English, Catholic French, often divided into elementary or high school level too.  According to this CBC summary:

Catholic and Francophone teachers’ unions (about 55,000 of the total 125,000 Ontario teachers) reached an agreement in the summer. English public elementary and secondary school teachers walked away from negotiations with the province.

The provincial government expects the English public school teachers to reach agreements with the same terms and conditions as the Francophone and Catholic teachers.

The flash point for all of the factions is something called Bill 115, full name “Bill 115, Putting Students First Act, 2012” Quoting from the bill’s preamble:

Public sector compensation costs, which include compensation costs in the publicly funded school system, comprise a substantial portion of government spending. The Government believes that without effective management of these costs, the Province’s ability to continue to invest in high-quality public education will be threatened.

The language goes on

The Government is concerned that without the measures set out in this Act, school boards and employee bargaining agents may not be able to achieve collective bargaining outcomes that protect the Government’s initiatives for students and preserve jobs.

The Government believes that the public interest requires the adoption, on an exceptional and temporary basis, of the measures set out in this Act, as well as the making of amendments to the Education Act, both of which seek to respect the collective bargaining process, to encourage responsible bargaining and to ensure that collective agreements and individual employment contracts contain appropriate restraints on compensation.

Translation: if agreement cannot be reached by the (formerly) usual methods …well, the province will simply dictate a settlement. Striking would still (theoretically) be permitted. But the net effect would also control strikes, because Bill 115 gives the provincial cabinet the power to enact back-to-work measures – without debate in the legislature. (Which is currently prorogued – but that’s a whole other kettle of fish.)

This power shift is why teachers in some of Ontario’s public schools are now participating in rolling, one-day strike actions. (Here’s a longer FAQ on Bill 115 and this year’s timeline of union negotiations by Shawne McKeown, CityNews.ca)

Today it’s Ottawa’s turn for a one-day shut down of the Ottawa-Carleton public elementary schools.

The path of contract negotiations is long and detailed. A short version is this: a new contract must be reached by the end of this year. Teacher’s unions consider the government’s current proposals  (and Bill 115) unacceptable. After Dec 31st, the province can invoke Bill 115.

Someone has to blink. Or create a new bargaining atmosphere. Which isn’t happening yet.

Other unions are watching, with great concern. Here’s a sampling of anti-McGuinty feeling from Gary Fenn:

Bill 115 has nothing to do with students, and everything to do with making the education workers of Ontario pay for a recession that they did not cause.  It is about making education workers pay for the cuts to corporate taxes that have not stimulated the economy.  And now, it has clearly become apparent that it is about taking away the constitutionally protected right to free collective bargaining.

In short, if the Ontario government can do this to education workers, then it can do it to any worker.

Teachers began signaling their displeasure by withholding support for extra-curricular activities, things like after-school sports and clubs. This, of course, exacerbates complaints that students are the losers in this quarrel.

In Ottawa a side scuffle of sorts emerged when at least one teacher insisted that no one controls her off-work choices, period. And if she wants to keep her high school’s ski club going, she has that right. As quoted by the Ottawa Citizen:

“It’s my volunteer time, it’s my free time, and I will choose how I want to use it,” said Caroline Orchard, who retired in 2011 after 36 years as a math teacher at Sir Robert Borden High School but still fills in as a supply teacher. “Neither the union nor the board can tell me what to do with it.”

As a parent who loved ski club when our son was younger, I just want to say a big thank-you to teachers like Caroline Orchard.

As a parent who was impressed by the quality of public education in Ottawa after moving here in 1999, I say it’s very, very important for teachers to feel appreciated and supported.

And yet, as a taxpayer, I also agree that the coffers are empty. Solving that problem may pinch everyone’s toes.

The old models may not serve anymore, but the new ones are still uninvented.

How do you see this? Respectful thoughts and comments are always welcome.

40 Comments on “Teachers in Ontario combat “climate change for unions””