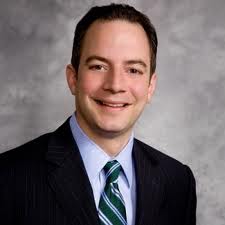 “We have to stop divorcing ourselves from American culture,” says Reince Priebus, chairman of the Republican National Committee. (Source: RNC)

The last couple of weeks brought another cycle of painful news stories for conservatives and for the Republican Party.

Sarah Palin, a former governor and vice presidential contender reduced to joking about her “rack”?  Yikes.

The GOP brand for many voters is “scary,’ ‘narrow minded,’ and ‘out of touch’ and that we were a Party of ‘stuffy old men” according to an internal study released last week.

An internal study by House Majority Leader Eric Cantor found similarly that Republicans desperately need to move beyond a laser-beam focus on Federal deficits and the size of government.

American voters are increasingly impatient with the GOP’s Christian traditionalism, with its white-leaning ethnic message, its rural anti-urban sensibility, and the sometimes ugly rhetoric about women, gays and lesbians, and undocumented immigrants.

The apparent lean toward the interests of big business and corporation also threatens to alienate more and more voters.

The results of this political agenda have been predictably painful.

Republicans have won the popular vote in exactly one presidential race since 1988.  They held control of the House last year not by winning the majority of votes (they didn’t) but through aggressive gerrymandering.

That’s a deep hole.  Deeper than many conservatives like to acknowledge.  And there’s been a lot of chatter — yes, including from me on this blog — about the very real difficulties and hurdles complicating fundamental change within the GOP.

Even now, many conservative leaders are claiming that they can massage the packaging and the media approach of their message, without changing fundamental policy ideas.

That argument faces increasing fire, from conservative pundits and some Republican leaders.

Behind the scenes a fundamental shift on key issues is already underway.  “Principles” are being massaged or scrapped altogether.  Here are four major, tectonic changes I think we’ll see by 2014 and even more dramatically by 2016.

1.  Capitulation on gay marriage.  Rob Portman’s pivot in Ohio was huge.  The libertarian view that fussiness about same-sex marriage is a form of big government bigotry is gaining ground fast among Republicans, especially among younger conservatives.  GOP leaders will be working hard to take this issue off the table by 2016.

2.  A fix will be found for illegal immigration.  It won’t be pretty.  It won’t make anyone happy.  But the GOP will partner with Democrats to achieve some kind of accord for the nation’s millions of undocumented workers.   And yes, it will include a path to citizenship and an end to chatter about “self-deportation” and electric fences.

3.  Republicans will get much, much better on race.  And not just because a Hispanic, Marco Rubio, will be a standard bearer.  According to Priebus, the GOP is hiring a new team of black and Hispanic political operatives whose primary task is bringing conservatives and minorities together at the policy table.  This won’t happen overnight, but it will happen.

4.  The kooks will be marginalized.  That doesn’t mean there won’t be eccentrics and radicals within the GOP or on your AM dial or on Fox News.  But if you want to talk about legitimate rape, or rape babies being a blessing from God, or diseased Hispanic immigrants, or Barack Obama’s birth certificate, or the sinfulness of contraception, expect some serious push-back from your own side of the aisle.  Karl Rove’s effort to shape primary races is only the first salvo in this fight.

I make these predictions confidently because the alternatives are more or less inconceivable.  Even the National Republican Committee has been describing their internal report as an “autopsy.”

They know that without (a lot) more support from Hispanics and women, their political brand will continue to go the way of the Whigs and the Tea Party.

Yes, House members in highly conservative districts will push back against many of these changes.  So too will talk radio hosts and bloggers.  And a lot of the change will come wrapped in fuzzy language and spin.

And Republican leaders will likely draw some lines in the sand that won’t be crossed.  I’m guessing abortion is off the table.  The conviction that government is more of a burden than an aid to average Americans will remain.

But the GOP writ large is made up of very smart, very ambitious people, who very much want to win big elections. They don’t want to preside over the marginalization of one of America’s most beloved political institutions, the Party of Lincoln.

That will mean accepting once and for all that the “real” America is the America we’ve got, not the America that existed twenty or forty or sixty years ago.

48 Comments on “Yes, the Republican Party is changing”