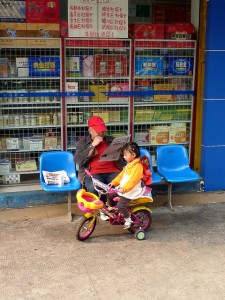 Correction: A previous version of this post identified Clifton-Fine as being in Franklin County, when it is in fact located in St. Lawrence County. Thanks, sharp reader, for catching my error!

Happy Tuesday! Graduation rates, flood buyouts, hospital privatization, and ever so much more in the news today.

The New York State Education Department has released its graduation rates for what’s called the “2008 cohort” (that’s students who started 9th grade in 2008 to you and me). Of those students, who in more classic high school parlance would be called the class of 2012, 74 percent actually graduated in 2012 statewide. You can find all the gory details here, and the results by district here (this is a 1,300-page PDF, by the way.)

The Watertown Daily Times is reporting that several area districts aren’t keeping up with that state average: Clifton-Fine Central School District students have only graduated in four years at a rate of 65.4 percent; Harrisville Central students, at a 68.8 percent rate.

However, Jefferson County as a whole is doing quite well, with an 86.4 percent four-year graduation rate. Lewis County averaged 83.6 percent, with St. Lawrence County lower but still above the state average at 78.7 percent. Much more information in the article, and much more (really) in the state documents.

We reported earlier this month on the possibility of privatizing Massena Memorial Hospital, and opposition to it (here’s a conversation between Julie Grant and Mark Kotzin, spokesperson for the Civil Service Employees Association, which is leading the charge against privatization.) The Watertown Daily Times reports today that the hospital is inviting two firms in to present their views on how privatization would work. At a hospital board meeting Monday night, hospital Director of Public Relations and Planning Tina Corcoran told the paper that privatization is something the hospital has to explore as a way of containing costs. Pension costs are one issue, she said, as is the possibility of collaborating with other hospitals, which is curtailed under the current ownership.

And after years of damaging winter and spring floods in Malone, Franklin County will apply for federal funds to buy out 10 flood-damaged houses on Lower Park Street. But those funds, if they do appear, could take up to two years, so hopeful homesellers may have at least one more flood cycle to withstand before they can cash out.

That’s according to the Plattsburgh Press-Republican, which reports that County Emergency Services Director Ricky Provost described the plan thusly at the Monday county legislators’ meeting: The properties, on the west side of the street, would be demolished and the land “brought back to its original form.” Then, the roadway would be raised between 15 and 20 feet, and reconfigured so as to protect homes on the east side of the street. Three other property owners haven’t filled out the buyout paperwork; town supervisor Howard Maneely told the paper that although eminent domain doesn’t apply in this case, he will meet again with those who weren’t interested to talk about the plan, and may look into condemning the properties.

In our newsroom today, Brian Mann talks in detail with New York State Department of Environmental Conservation Commissioner Joe Martens about some of the thornier issues current rearing their heads in the Adirondack park; Gov. Cuomo may not see some of the key aspects of his late-session agenda (the Women’s Equality Act and campaign finance reform, for example) come to fruition in the remaining couple days of the session; details on the arrest of Montreal’s mayor on corruption charges (rough month for Canadian mayors, non?) And a lot more, too.