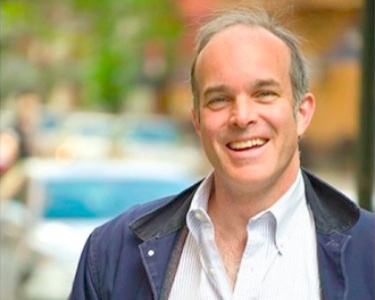 Update: You can hear David Sommerstein’s full interview with Aaron Woolf, and read his statements about where he stands on the issues, in this story from NCPR News.

Democrat Aaron Woolf began filling in some of the missing pieces of his campaign for NY’s 21st Congressional District this morning, speaking with NCPR’s David Sommerstein and other North Country media (you can hear excerpts from that conversation this afternoon a 4:55 on our air and at ncpr.org; and tomorrow morning on the 8 O’clock Hour.)

Woolf talked about his positions on health care, gun control and lots of other issues.

Press and public have been waiting to hear Woolf’s views and details of his background since Feb. 12, when Democratic Party leaders named him their candidate to replace Rep. Bill Owens. Republicans have used the time lapse to brand Woolf as an outsider who knows little about the vast district.

Woolf is a documentary filmmaker. He splits his time between New York City and Elizabethtown, and also owns a food store  in Brooklyn. Today he said his North Country roots go back to the late 60s.

He said, “I’m running for Congress because I see the North Country, I see the New York 21st District at this crossroads moment…we see on one hand immense disinvestment in the region and the consequences of that — Main Street  businesses boarded up and young people not coming back. But at the same time we see these seeds of a new economy.”

He says he’s most proud of how “our legacy skills” in agriculture and forestry “are being re-purposed for a new rural economy.”

Woolf also addressed “dysfunction” in Washington, which  “has the potential to take away all the good work we’ve done in this district.”

Republicans have ripped Woolf over his lack of familiarity with much of the district. He admitted he didn’t know much about Watertown, for example. When he stopped by the NCPR studios last week during a tour to meet with local party and community leaders, Woolf said was getting to know the district, talking to people in both parties.

Today, he said, he’s been building his knowledge base. “It’s always going to be true,” he said, “that I have a more intimate knowledge of the places near where I grew up. But my goal is to know the entire district with a very high level of intimacy.”

Stay tuned…hear more from Aaron Wolf during Story of the Day, and during regional news tomorrow morning, on air and at ncpr.org.