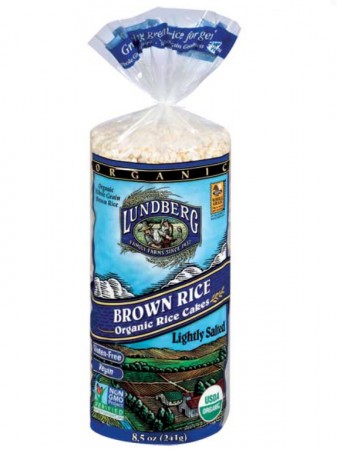 It’s a tradition for politicians to bet amongst themselves on the outcomes of local sports events; it generates publicity and goodwill, and if you’re a politician that’s never a bad thing. Today, Gov. Andrew Cuomo announced another such wager, with California Gov. Jerry Brown, on the 2014 Stanley Cup Final (which starts tomorrow.)

According to a press release, if the New York Rangers win, Gov. Brown will send Gov. Cuomo the book “California: A History” by Kevin Starr, and Lundberg Organic Brown Rice Cakes, Lightly Salted. Seems pretty meh, unless you’re really into regional history and lightly-salted rice cakes. On the other hand, if the Kings win, Gov. Cuomo will send Gov. Brown a Taste NY Gift Basket, featuring products from local businesses across the Empire State, and a commemorative hockey puck from the 2013 “Hat Trick” of three on time budgets in a row.

Now, the commemorative budgetary hockey puck just seems a little braggy, but this gift basket is impressive! Contained within are such wonders as:

Does this bet not seem a bit uneven? I mean, there are oysters! And cupcakes! It’s not like California doesn’t have an abundance of delicious local foods and wines, but if they were perhaps concerned about spoilage during the journey, maybe they could just throw in some tech stocks?

Also in the release, Assembly Speaker Sheldon Silver is quoted saying something that would seem to somewhat belittile the efforts of professional hockey players or perhaps betray a misunderstanding of the governor’s role in sporting life:

“Ice hockey is a way of life in the Empire State, part of a winter tradition that has been battled on lakes, ponds and rinks from Lake Placid to Long Island to Lake Erie for generations. In 1994, Governor Mario Cuomo and the New York Rangers delivered the Stanley Cup to New Yorkers. In 2014, Governor Andrew Cuomo and the Rangers will return the Cup to its rightful place, the great State of New York.”