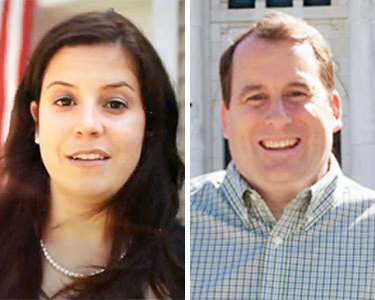 For half a decade, Republican leaders in the North Country have been trying to vanquish their internal demons and rally around a single leader. Once again this year they’ve fallen woefully short. The good news is that Republican voters get the final say and might bring some clarity to a political culture first fractured by the 2009 special election battle between Dede Scozzafava and Doug Hoffman.

That national-profile primary was one of the country’s first rancorous fights between Tea Party insurgents and the GOP establishment. The wounds have never really healed. A district that used to be safe for Republicans has gone to the Democrats almost by default, thanks to Republican disarray.

This year, GOP leaders — party chairs and committees across the district — threw their weight early behind Elise Stefanik, a 29-year-old conservative policy analyst with only thin ties to the region.

It was a decision that made sense when the Democratic candidate was incumbent Bill Owens, a popular sitting congressman who looked unbeatable. But then Owens announced his retirement. Rather than reopen the process, county leaders stuck with Stefanik, who had clearly won their loyalty and in some cases their excitement. Then Matt Doheny, the Watertown businessman who has run unsuccessfully in the past, threw his back hat in the ring, infuriating some part leaders and delighting others.

That has led yet again to a deeply divided Republican community, with some of the region’s top leaders — including three state Senators — backing Doheny, while most county chairs are still going to bat for Stefanik. Those divisions have sparked real anger. When Peru Assemblywoman Janet Duprey backed Doheny, top Clinton County Republican Donald Lee accused her of going back on her word. “This could split the party tremendously,” Lee told the Plattsburgh Press-Republican. “I would hate to see the party not being represented the way it should be, and to me, this [Duprey’s endorsement of Doheny] is not being loyal.”

But those same divisions were already visible from Warren County right across the 21st District. In a sign of the gap that still exists, the Doheny camp accused Conservative Party leaders of acting like “big brother” in endorsing Stefanik.

Which brings us to today’s vote. The GOP desperately needs voters to serve as their compass. They need guidance from the rank and file. If the outcome is close, this is muddle is likely to continue, because Stefanik and Doheny are both already set with a place on the ballot in November.

Stefanik holds the Conservative Party line, Doheny the Independence Party slot. Unless Republican primary voters give a clear win to one candidate or the other, the internal war that has spoiled the GOP’s chances ever since the Scozzafava-Hoffman debacle could well continue into the fall.