The last decade or so, Republican conservatives have faced a bitter uphill battle for control of Washington DC.  They’ve stumbled over their own ideological excesses, with candidates dragging issues such as ‘legitimate’ rape, birth control and the role of women in the workplace into the limelight.  One tea party-favored candidate found herself struggling to assure voters that she wasn’t “a witch.”

This political cycle, a lot of far-right candidates didn’t even make it to November.  They were toppled by establishment Republicans, who have shown themselves to be feistier, better prepared and more flexible than in 2010 and 2012.  Candidates who once quailed under the RINO label have been fighting back, building big war chests, tacking to the right themselves while working effectively to de-fang conservative and libertarian opponents.  There’s even talk of another Mitt Romney run in 2016.

But perhaps the most dramatic feature of this anti-conservative backlash has been the number of centrist Republicans who have actually abandoned their party altogether, running as independents or Democrats.   Often, but not always, they’ve made the jump because they’ve faced un-winnable primary battles against right-wing challengers.

What’s the matter with Kansas? 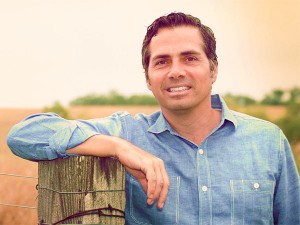 Moderate candidates such as Greg Orman, who is running as an independent in Kansas, could keep the GOP from winning control of the Senate in November. Photo: Greg Orman for Senate campaign.

The latest in this trend is Greg Orman, a candidate in Kansas who has spent time as a moderate Republican and a moderate Democrat.  Running this year as an independent, he’s managed to consolidate opposition to Republican Senator Pat Roberts in what has been a bright red Republican state.  He has a real chance to topple the GOP stalwart.  Democrats are backing him and dozens of moderate Republicans have also endorsed his campaign.

If Orman wins, it could well deny Republicans their long-coveted control of the US Senate.

Roberts isn’t the only GOP leader in Kansas threatened by friendly fire.  One of the conservative movement’s most prominent activists, Kansas Secretary of State Kris Kobach, also faces a serious challenge from a Republican defector.

Kobach has emerged as a major national voice on conservative voter ID laws, and helped write Arizona’s controversial immigration laws.  But according to polls, he’s currently running behind Democratic candidate Jean Schodorf, who was a long-time moderate Republican before switching parties.

A moderate backlash in Alaska and Florida

The same defection trend could reshape the balance of power in the states.  Another former Republican, Florida’s Charlie Crist, is mounting a serious campaign as a Democrat to take the Florida governor’s seat away from Republican Rick Scott.

That would be a massive blow for the GOP.  Meanwhile, in Alaska, former Republican Bill Walker is running as an independent in a coalition with a former Democratic running mate in a bid to unseat conservative Republican Governor Sean Parnell.

This kind of backlash is nothing new.  Ever since Barry Goldwater’s conservative vanguard toppled the center-left Republican candidacy of New York Governor Nelson Rockefeller in 1964, the GOP has been shedding moderates and struggling to balance the party’s warring factions.   At two key moments, Republican defections have repeatedly put control of the US Senate solidly in the hands of Democrats.

Vermont Senator Jim Jeffords’ decision to dump the GOP and serve as an Independent tipped control of that body to the Dems in 2000, just at the moment that President George W. Bush was rolling out his agenda.  In 2009, meanwhile, Pennsylvania Senator Arlen Specter defected to the Democrats, helping to give Democrats a filibuster-proof majority in the Senate and providing the 60th vote for the controversial Affordable Care Act.

Many conservatives are thrilled to see their party purged of members who would even consider aiding and abetting Democrats in Washington.  But this is a delicate dance for Republican leaders.  First, they understand that Tea Party loyalty to the GOP itself is relatively thin, with right-wing activists willing to abandon candidates who don’t back orthodox conservative views.  Whole campaigns rise and fall on the support of fickle AM talk radio hosts and bloggers.  That’s a precarious position.

Also, establishment Republicans remain unconvinced that a tea party-libertarian agenda can attract enough loyal support to win long-term control of the Senate, or the White House for that matter.  The math is especially tough if planks of that platform continue to alienate women and Hispanics who are playing a bigger and bigger role in key states.  The math becomes incredibly precarious if Republican candidates and politicians continue to peel off at vulnerable moments.

How will moderates vote in a conservative-led US Senate?

This trend could well be back in the headlines even if Republicans do win control of the Senate in November.  If Mitch McConnell emerges as majority leader and roles out a conservative agenda — scheduling votes to dismantle the Affordable Care Act and making deep cuts to Federal spending — that will put immense pressure on GOP Senators in blue and purple states.

In particular, lawmakers Susan Collins (R-Maine) and Kelly Ayotte (R-New Hampshire) will face many of the pressures that previously confronted other Northeastern moderates, from Jeffords and Spector to Lincoln Chafee, a former Republican US Senator who now serves as the Democratic Governor of Rhode Island.

With the Senate still expected to be narrowly divided, even the small remaining cadre of GOP moderates could have a huge influence on the agenda and the debate next year.

20 Comments on “The revenge (betrayal?) of the GOP moderates”