Winter doesn’t seem like the time to talk about biting insects and ways to repel them. But bug season comes around every calendar year. And when the air fills with the sound of hungry buzzing, what do you reach for? DEET-based products are the repellant of choice for many. Others want something from nature’s medicine cabinet, like oil of citronella, which is extracted from several varieties of Cymbopogon (lemongrass).

Container of oil of citronella. Image by Feen, Creative Commons

Hence, many Canadians were startled by an announcement last September. Despite decades of use, citronella products would be pulled from that market by year’s end.

Why? As reported by CTV at that time:

…Health Canada classifies citronella oil insect repellents as pesticides that must therefore meet certain safety standards. Back in 2004, Health Canada’s Pest Management Regulatory Agency completed a review of citronella-based insect lotions and sprays and said it was not convinced the products were safe.

While the agency found no “imminent health risks” from citronella-based repellents, it also said manufacturers had not provided them with adequate safety data to allow for the continued registration of the products as pesticides.

CBC news has learned Health Canada is now backtracking on its ban due to public pressure. After receiving feedback about the move, the agency has decided to re-examine its regulations around personal insect repellents containing plant-based essential oils, including citronella. Until the review’s conclusion, sometime in 2016, currently registered citronella repellents can continue to be sold. 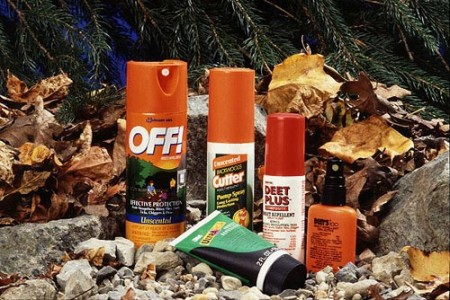 There’s always debate about efficacy and safety. And it’s worth noting the EPA considers DEET safe.

Here’s discussion of that from a 2014 review:

EPA continues to believe that the normal use of DEET does not present a health concern to the general population, including children. As always, consumers are advised to read and follow label directions in using any pesticide product, including insect repellents. Currently registered uses of DEET are also not expected to result in adverse effects for listed and non-listed endangered species, or critical habitat. As such, EPA concludes “no effect” for listed species and no adverse modification of designated critical habitat for all currently registered uses of DEET.

Trying to look into this further, I found a .pdf from the EPA that had this to say about citronella

In studies using laboratory animals, Oil of Citronella shows little or no toxicity. The only concern is skin irritation. Because some products are applied to human skin, EPA requires proper precautionary labeling to help assure safe use. Therefore, if used according to label instructions, citronella is not expected to pose health risks to people, including children and other sensitive populations.

Oil of Citronella has been used extensively since 1948 without any reports of adverse effects of concern.

Sorry, I don’t know how to easily link to .pdf sources like that one. But you can look up oil of citronella on the EPA’s Pesticide Registration Status website, here (under “o”).

There is also more on citronella from the National Pesticide Information Center. Which sounds like a reputable resource:

Personally, I’d rather reach for the plant-sourced sprays than DEET.  But I must admit the citronella type products don’t seem to repel for very long. I usually cover up with clothes and even netting. And probably get more bites as a result.

Indeed, relief from those #%@**!^ blood suckers is one of many things I really, really enjoy about winters up north.

Out of curiosity, where do you come down on DEET-based products verses so-called natural remedies? How do you assess safety, or do you even care? As in: “any port in a storm”!