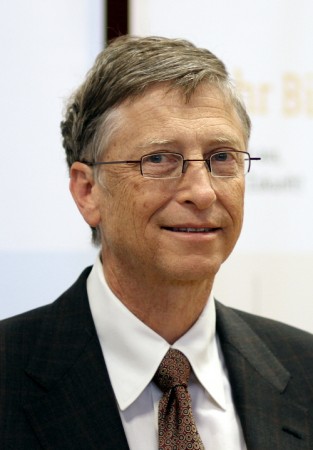 At this stage of his life Bill Gates has earned at least two lasting claims to fame: as a once-dominant figure in high-tech and as a key leader in philanthropy that aims to improve lives.

Gates was in Ottawa this past Wednesday, where listeners wanted to hear from him on both topics.

Canada has already committed billions between 2015 to 2020 toward efforts to improve health outcomes for maternal, newborn and child health.

This past Wednesday, the Prime Minister announced over $20 million in new funding to help prevent polio and tetanus. Harper added that his wife, Laureen Harper, would kill him if he didn’t speak to Canadians about vaccinations:

“But we have a responsibility to set an example, for God’s sake. We know these medical interventions work and as an advanced, educated society it is completely irresponsible of people in this society to communicate anything other than that anywhere else in the world.”

For parents who may still worry about the purported health risks of vaccinations, Harper had blunt advice: “Get the facts from the medical and scientific community and if you’re not a doctor or a scientist yourself, listen to the people who are. It’s that simple.”

Looking beyond the targeted category of maternal and child health, Gates is also keen on the idea of igniting a “global citizen” movement. Creating a real sense that those who enjoy more comfortable lives must/will learn to give a damn (basically) about the poor of the world. Gates believes that if enough people got involved, ending extreme poverty could be within reach.

John Geddes of Maclean’s Magazine arrived at his own connect-the-dots take in this interview with Gates:

To me, the interesting thing about his answer is the way you can hear Gates talking his way toward a notion of how global development and digital communication—those two broad areas on which he’s an expert—might come together to change things. He’s imagining that the key to popularizing the development aims he champions is getting inspiring information about progress to people through their laptops, tablets and smartphones.

Speaking with CBC TV’s Peter Mansbridge Gates said the pace of technological change shows no sign of letting up: “We’re finally at the point where, in a few areas, it’s starting to outstrip what was even imaginable in my youth.”

The full Mansbridge One on One interview with Bill Gates airs on CBC this weekend (6:30 pm Saturday and repeats Sunday at 1 pm).

Prime Minister Harper’s office produces daily and weekly video material called 24/7. Portions of the Feb 19-25 program include his meeting with Bill Gates and the Prime Minister’s call to vaccinate.

1 Comment on “A busy Ottawa visit for Bill Gates”