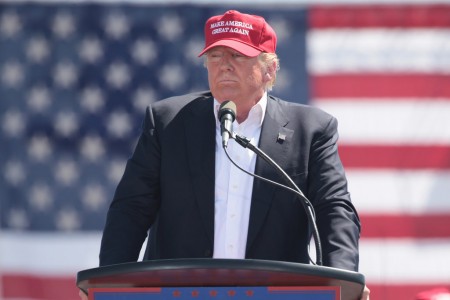 Update:  There’s a fascinating treatment of this argument in the on-line journal Vox, which interviews prominent conservative thinker Samuel Goldman, a professor of political theor at George Washington University.  Goldman says this during the conversation:

“The real question is why have conservatives been unable to attract, not majorities perhaps, but significant numbers of Hispanics, Asians, and Muslims? That’s a much more recent development than civil rights.

The answer has to do with the adoption of a fairly exclusive vision of American nationalism — which sees America not only as a predominantly white country but also as a white Christian country and also as a white Christian provincial country. This is a conception of America that finds its home outside the cities, exurbs and rural areas, in what Sarah Palin called the real America.

If you project yourself as a white Christian provincial party, you’re not going to get very many votes among people who are none of those things. That’s what’s happened over the last 10 or 15 years.”

Read the full article in Vox by clicking here.

I’ve lived and worked in rural America all my life. I wrote an affectionate book ten years ago about small town culture and the political ideas percolating up from my corner of the United States. It may sound a little presumptuous, but I think I have a pretty good feel for why Donald Trump has captured the hearts and minds of so many of my neighbors.

Before I tell that story, I want to talk a little about the dominant, mainstream narrative that shapes America’s media culture and much of our political discourse. It’s still a fairly bipartisan worldview and it goes something like this: All people are created equal. It doesn’t matter if you’re brown or white, black or other. Doesn’t matter if you are gay or straight, man or woman.

It doesn’t even matter if you worship a Protestant God, a Catholic God, a Muslim God or no god at all. We are all literally equal in the frame of America’s story, our fates defined, as Martin Luther King Jr. argued, by the content of our character not our skin color or sexual orientation.

It’s important to remember, before we talk about the very different worldview driving Donald Trump’s small town supporters, that this mainstream narrative is fairly new. Until the 1960s, America was a society that had strong ideas about what counted as “normal” and truly American. We had a clear sense of where the boundaries of acceptable behavior were found and those standards were often strictly enforced.

We saw ourselves pretty unambiguously as a white, Protestant society with values anchored primarily in small towns and to a lesser extent in the new, bustling suburbs. Cities were exciting, but they were also dirty and dangerous and crime-ridden and full of people who looked and acted in ways that set them apart. They were a place you escaped from once you had truly assimilated and become deeply American.

In that pre-1960s America, “tolerance” didn’t mean we were equal. You could be tolerant of black people and still feel absolutely confident in saying that interracial marriage was wrong or that black families shouldn’t live in “our” neighborhoods. You could feel tolerant of two men living together quietly on your street and still feel justified in expressing outrage if they showed physical affection in public. 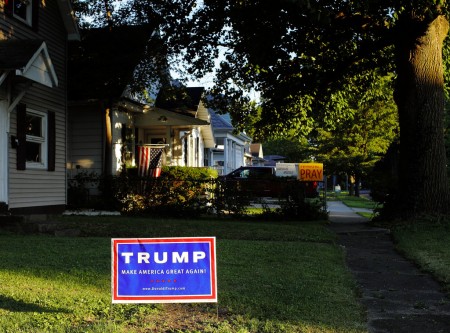 In the era when America was great, by Donald Trump’s metric, there were plenty of people with brown skin or different gods and they were often (not always) treated with a kind of courtesy. But no one thought those people were normal or equally American. They were – again, I think the word is significant —tolerated. If they crossed the lines established by white people, they ran great risks.

What’s happening now is very different and, to many of Donald Trump’s supporters in small towns and rust belt factory communities it’s profoundly alienating and infuriating. These days, more and more Americans are demanding true equality. They don’t want to be accepted or tolerated. Those words imply judgment and generosity on the part of white people.

We got a taste of this in the last few days when Donald Trump accepted publicly at long last that Barack Obama was really born in the U.S. That idea, that presumption, infuriates a lot of Americans. They’ve lost patience with the idea of white men deciding who’s in and who’s out. They insist on their complete normalcy. They don’t want an asterisk by their race or their gender or their sexual preference.

Under this new paradigm, black Americans insist on equal status with whites, whether we’re talking the music on the radio, the fairness of our criminal justice system, or the way we judge the guy sitting in the Oval Office. Same goes for being gay. The LGBT community no longer settles for “civil unions” or other forms of second-class status.  If straight people can marry, so can they. They demand the full enchilada of Americanness.

But many, many, many of my neighbors in small town America — and in the rust belt cities and exurbs that have adopted rural white values — don’t want to live in that society. They don’t want a completely level playing field, not if that means that America becomes a fundamentally different place where Protestant whites are gradually demoted to the status of one ethnic and religious group among many.

It’s not that these people are “racist” in the conventional sense. They don’t hate black men or gay women or Mexicans. But they also don’t want their country to change in profound ways. They long for a return to a time in our history when things felt right to them, when their privileges and their pride of place in the “real” America went unquestioned.

An analogy might be the way that many Britons felt when voting against membership in the European Union, or the decision by many Germans to reject politicians who welcomed hundreds of thousands of Muslim refugees. It’s not that these people were bigoted, per se. They didn’t hate eastern Europeans (in the case of England) or Syrians (in the case of Germany). They simply didn’t want to see their nations reinvented or turned upside down. 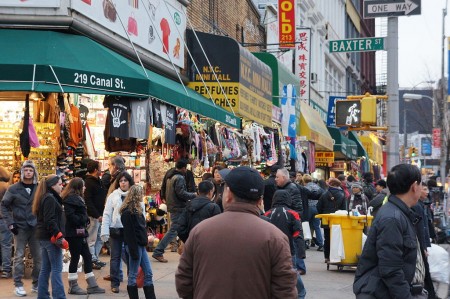 In much of urban America, race is still an issue obviously, sometimes a painful one, but diversity is also a fact of life. The constant churn of immigration, diversity and reinvention is seen as a more or less natural state of affairs. Living with difference is a natural way of life, and in many cases it’s welcomed as a strength and an economic asset.

But a lot of white voters in rural communities aren’t convinced. They see images on their television screens that are frightening. The face of the new America looks strange. The music is different, the accents are wrong, the sexual and racial politics confusing.

This disconnect has grown with our expanding geographic and demographic divide. Many of our rural communities are actually less diverse than they were a century ago. The white folks who’ve rejected America’s great urban migration often don’t have a lot of experience with the multiculturalism that increasingly defines our nation.

Another reason for this breakdown is money. Our national shift toward true equality occurred at a time when the economic status of rural whites was eroding fast. It’s not black America’s fault that many of our small towns are basket cases, with soaring unemployment, a deadly drug epidemic, and generational poverty. But to a lot of rural folks it feels that way. They feel like they’ve been cheated, duped, and disrespected.

Set aside for just a moment whether you think that sounds irrational or unfair. It’s still important to remember that there is real shame and anger in these small towns. They used to be the heart of America. They were industrial powerhouses. Their culture defined the very nature of Americanness. Now their children often dress like black people and listen to black music and when they’re old enough they move away to live in places filled with black people. Rural folks have been left behind by factories and businesses, but also by their own kids and their own society. They’re sick of it. They’re scared and they’re furious.

So now in this election they feel like they’ve been offered a choice. On the one hand, they can simply accept a radically different America, one that looks nothing like them, one where their communities continue to dwindle and fall behind. Or they can fight. They can embrace Donald Trump, a white man who promises to make them great again, in part by kicking out millions of Mexicans, by surrounding America with a wall, and by closing the door to Muslims.

To a lot of folks out here in my part of the country, it’s a no-brainer. Why not take a risk on a maverick, even if he sometimes tells lies or talks like a bully or acts like a loose cannon? A few weeks ago, Trump urged black America to vote for him by asking what they have to lose. Really that’s the message he’s been sending to rural whites all along. What the hell do you have to lose?

I’m not saying Trump’s vision is moral or good or that America can (or should) ever again resemble the society that so many rural folks yearn for. Honestly, I can’t see any evidence (from his policy ideas, such as they are) that Trump has any intention of taking the extraordinary measures that would be required to roll back the clock on American society by fifty years.

But the dream of a return to the golden age of small towns and farms and white Protestant normalcy is a powerful one for tens of millions of people; and in politics dreams are everything.

21 Comments on “Trump’s message to small town white America: What do you have to lose?”