A short time ago, a jury in Tupper Lake awarded an easement to Adirondack Club and Resort developers Michael Foxman and Tom Lawson  across a narrow strip of land owned by the Adirondack Nature Conservancy.

The environment group had declined to give permission to use the parcel, arguing that their private property rights were being violated.

But the jury determined that use of an existing logging road by the resort’s developers offered the only realistic access to a 1200 acre parcel along the shore of the Raquette River.

Access to the property by water is complicated by wetlands and by seasonal weather issues.

The jury awarded the Nature Conservancy $10,000 in damages in compensation for the granting of easement rights.

Developer Michael Foxman said he was pleased by the verdict.  He plans to build a single house on the parcel, which the company has projected could be sold for as much as $5 million.

The easement will be roughly 50 feet wide and will extend for approximately 400 feet over Conservancy land.

Conservancy executive director Mike Carr said he was “disappointed” by the decision and has not yet decided whether to appeal.

The legal proceeding was an unusual one, making use of a state highway law that allowed a jury to be convened by Tupper Lake’s highway supervisor, with no judge presiding.

Clearing this legal hurdle is seen as a major step forward for the resort project. 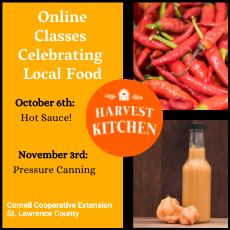