Over the last five years, a deadly new trend has developed in American politics — a willingness of mainstream voices, and law-abiding citizens, to introduce the gun into our democratic system.

There was a time, decades ago, when the left indulged in the same rhetoric and symbolism, suggesting constantly that violence would be a reasonable alternative if goals couldn’t be achieved peacefully at the ballot box.

When Malcolm X promised progress “by any means necessary” it was an implicit and irresponsible threat.

But this latest resurgence of violence-tinged rhetoric is largely the province of the right.

When a conservative activist  brings an assault rifle to one of President Barack Obama’s rallies; when one of the nation’s most prominent right-wing broadcasters, Glenn Beck, warns that Democrats are taking Americans “to a place to be slaughtered”; and when a top Republican politician talk about “2nd amendment remedies,” it’s time for decent Americans to push back.

I hope that’s not where we’re going, but, you know, if this Congress keeps going the way it is, people are really looking toward those Second Amendment remedies and saying my goodness what can we do to turn this country around? I’ll tell you the first thing we need to do is take Harry Reid out.

Today we’re all wrestling with the news that a Democratic congresswoman has been shot in Arizona.

We’re learning, moreover, that last March Rep. Gabrielle Gifford’s windows were smashed or shot out after she voted in favor of the Democratic healthcare bill.

And we’re learning that following a political event in August 2009, a conservative protester opposed to the healthcare bill was ejected from one of her allies, after a pistol fell from his pocket.

And we’re learning that in June 2010, Gifford’s Republican opponent held a political rally called “Get On Target For Victory,” at which attendants were encouraged to “shoot a fully automatic M16 with Jesse Kelly.”

This followed on Sarah Palin’s Tweet manifesto to “commonsense conservatives and lovers of America,” urging them:  “Don’t retreat, instead RELOAD!”

This fromt he New York Times:

Ms. Giffords was also among a group of Democratic House candidates featured on the Web site of Sarah Palin’s political action committee with cross hairs over their districts, a fact that disturbed Ms. Giffords at the time.

“We’re on Sarah Palin’s targeted list,” Ms. Giffords said last March. “But the thing is the way that she has it depicted has the cross hairs of a gun sight over our district. When people do that, they’ve got to realize there’s consequences to that.”

We don’t yet know whether Gifford’s assassin had political motives and it appears that he was mentally ill.

But this isn’t the first time in the last 12 months that the gun-fueled political rhetoric has translated into terrifying action.

In July 2010, a right-wing activist named Byron Williams fired at police after they spotted him driving erratically.  Williams was captured wearing full body armor and carrying an arsenal of weapons.

It turned out Williams had set out to murder “progressives,” and was motivated in large measure by information gathered on Glenn Beck’s radio and television programs.

In April 2009, Pittsburgh man was accused of killing three police officers in Pittsburgh.  According to the Washington Post:

[T]he Anti-Defamation League reported that the accused killer had, as part of a pattern of activities involving far-right conspiracy theories, posted a link on a neo-Nazi Web site to a video of Beck talking about the possibility that the Federal Emergency Management Agency was operating concentration camps in Wyoming.

Were these men all mentally ill?  Perhaps.  But they were also manipulated by the right’s increasingly virulent rhetoric.

I worry that dialing back this kind of bile and hate will be difficult for conservatives.

Too many politicians have come to rely on a kind of gun-related “southern Strategy,” one which uses revolutionary rhetoric and zeal in the place of racial tension to motivate voters.

They must make it clear that guns, violence and the threat of violence have no place in our politics, period. That means no winks, no nudges, no veiled rhetoric, no code-words.   It all has to stop.

The peaceful transfer of power that we saw last week in the House of Representatives is a sacred principle of our people.  Those who erode and threaten that principle should be marginalized by every responsible American. 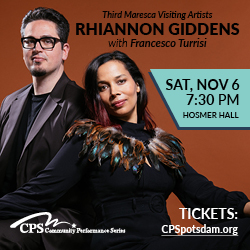 60 Comments on “American politics, the right, and the culture of the gun”