Years ago when I was a hippy kid traveling in Morocco, I stumbled late at night into a filthy hotel in Tangiers.

The proprietor showed me a room so disgusting that only sheer desperation made me consider it.  Instinct caused me to throw back the bedclothes.

I found that some feckless soul had been chewing pistachio nuts and spitting the seeds onto the bed.

I turned to the hotelier and said, “I’ll take the room, but you have to clean up the pistachio shells.”

The man looked at the shells, then at me, and said, “There are no shells.”

That moment was a metaphor for American politics since 2000, when George W. Bush began accelerating both the growth and indebtedness of the Federal government at rates never seen before.

It was a metaphor, too, for President Barack Obama’s budget proposals, which offer no remedy for dangerous levels of government borrowing into the distant future.

Finally, it was a metaphor for the GOP’s “Pledge to America,” which demands that tax cuts for the wealthiest citizens in our country continue indefinitely.

All of these politicians have been gesturing feebly at the pistachio nuts on the bed and saying,” There are no shells.”

They know better, and so do the American people.  Even in “liberal” states like New York, a consensus is forming that the time has come for a major and painful realignment.

Boiled down to its simplest terms, the truth is this:  Our taxes are too low and our government is too big.

On the revenue side, state, local and Federal governments will all have to boost the amount that we pay in taxes significantly — and not just for people who earn more than $250,000.

The claim made by Mr. Obama that we can turn the corner on this problem with 95% of our citizens avoiding pain is, in a word, ludicrous.

And those conservatives who claim that we are overtaxed are simply ignoring facts and history. Our tax rates are at the lowest level in post-WW2 history, at a time when we are fighting two wars.

We are also trying to rebuild our badly eroded infrastructure — everything from highways to broadband networks — and scrambling to revitalize America’ s education and healthcare systems before they collapse.

That will cost big bucks.  More of it will have to come from us, and less from lenders in Asia and the Middle East.

But at the same time, Americans will have to accept dramatically reduced services from our government.

The era when we could foist our elderly grandparents onto the taxpayer, or demand that the Federal government support us with Social Security checks for a third of our lifetimes, is coming to an end.

The day when we could spend more on our military than the next ten nations in the world combined is winding down.

The idea that public employees can earn more and enjoy better benefits than workers in the private sector — that’s an imbalance that simply can’t be sustained.

Ideologues on both ends of the spectrum will squawk at these facts.  But most Americans see the pistachio nuts for what they are and want something done about them.

Will the change be painful?  Sure.  But there’s an old saying:  You made your bed, now you have to lie in it.

Unless we start cleaning soon, we’ll be stuck in this mess for a long time to come. 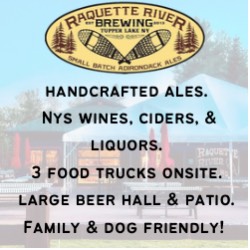 36 Comments on “A painful consensus coming”