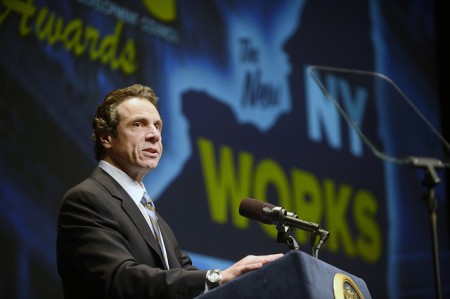 Sitting in the Hart Theater yesterday in Albany, I felt the regional pride that comes with the $90.2 million dollar grant and incentive award that will go to the North Country.

It’s a huge win for the region, and a major signal of praise to economic development planners — most of them volunteers — who crafted a winning plan for the second year in a row.

A lot of the projects on the list for funding appear to make a lot of sense.  There will be new capital for starting tourism businesses in the region, and dollars to boost apartment and home construction around Fort Drum.

I’ve also heard nearly universal support for the idea of shifting more of the decision-making to regional leaders, meaning fewer decisions being made by bureaucrats in Albany.

But I’m a journalist, and part of my job is to be skeptical.  So without detracting from the kudos and jubilation, here are the questions that still need answering as this effort goes forward.

But everyone I spoke to yesterday acknowledged that there’s no clear evidence yet that the effort is actually boosting jobs.

Governor Cuomo said that it will take time to measure the impact of this effort on business start-ups and private investment.

North Country council co-chair Tony Collins suggested that only as we approach the end of the first five-year plan will we have clear data about what’s working and what’s not.

Fair enough.  But I think it would be a healthy thing for a neutral third party — maybe the Comptroller’s office — to audit these efforts and offer independent scorecards.

Are the dollars being spent wisely?  Is there clear evidence that these taxpayer investments are leveraging new economic energy?  Right now, it’s still hard to tell.

In the past, economic development programs that looked good on paper were allowed to churn forward for years without proper evaluation.  The governor should avoid that mistake.

2.  Is it fair?  I did the math and it appears that in this round of funding, people in the North Country will receive approximately $180 per person in economic development funding.

People in New York City, by contrast, will receive around $6 per person.  that’s a huge disparity.

The problem here isn’t that the North Country’s plan won extra money, while New York City’s plan — for the second year in a row — failed to win one of the top prizes.

The questionable approach is that the pools of money — between $50 and $95 million — are divvied up by region, regardless of population.

Which means that even if planners in New York City win one of the bonus grant awards, their per capita spending will still lag far behind that of other low-population regions, including the North Country.

I suspect that over time that will raise eyebrows and doubts among planners downstate and in urban communities.

3.  What do we do with controversial initiatives?  So far, the North Country Regional Economic Council has steered clear of the most controversial issues — which is probably wise.

But there are good arguments to be made for (and against) funding for projects like the Rooftop Highway in the St. Lawrence Valley and the Adirondack Scenic Railroad from Old Forge to Lake Placid.

State agencies, including the Department of Transportation, have signaled that they want guidance from the councils on these thorny issues.

But how does the Council adjudicate these questions, especially given that many of the council’s members and leaders are fierce partisans in the debate over those causes?

So far, Governor Cuomo’s project hasn’t offered any clear guidance for that kind of refereeing.  On the contrary, there seems to be strong incentives for avoiding controversy.   So it’s a bit of a Catch-22.

4.  Can volunteers keep this program going? Governor Cuomo has pulled off a truly Tom Sawyeresque feat with his Council initiative, convincing hundreds of economic development professionals and business people to work long hours without pay.

Yesterday in Albany, there was a lot of celebration and high-fiving.  But behind the scenes, there’s a lot of fatigue and uncertainty about how to keep enough people in the room deliberating over these complex priorities.

It’s also worth thinking about whether asking people to volunteer on this effort limits or self-selects the kind of folks who can be involved.

It would be great to have grassroots level farmers, independent business owners and blue collar working folks collaborating on these decisions, or at least offering a lot of input.  But it’s hard to imagine them sparing them time.

These aren’t condemnations of the Council approach.  To be clear, I hear more hopeful and creative conversation around this effort than around any jobs-and-development push in my 13 years in New York.

But as Governor Cuomo’s bottom-up effort takes more shape, there may be a bit more top-down thinking needed to make sure the program is sustainable. 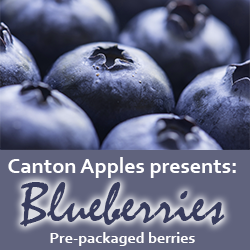 25 Comments on “Does the Regional Council system really boost jobs?”