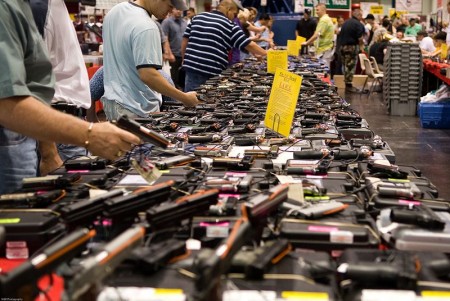 I write a lot about the clash between traditional American culture — which tends to be conservative —  and the rapid societal changes that have triggered deep anxiety and bitterness, particularly in rural white communities.

In broad terms, this axis defines the country’s culture war, far more than any red vs. blue or North vs. South paradigm.

The truth, which I think is irrefutable, is that our nation is changing with stunning speed in ways that have sparked a sometimes understandable backlash.

In a mere handful of decades, our concept “family” has been reinvented.  Homosexuality has evolved from a recognized mental illness into a widely accepted version of “normal.”

The role of women in society has changed in radical ways, one of the largest shifts in the human paradigm in recorded history.  Soon, the white community will be only one of many minorities in a truly diverse ethnic landscape.

Active Christians make up a smaller and smaller portion of citizens and the fastest growing “faith” group is made up of people with no religious convictions at all.

That’s a lot to take on board, especially since it’s hitting the “real” America all at once.

When my urban, progressive friends wring their hands about the conservative uproard against these changes, I remind them that America’s traditional culture is merely holding on to  and defending values that were entirely mainstream just a few years ago.

But when it comes to guns, I don’t think this argument holds true.

When it comes to firearms, it is traditional America that’s changing, profoundly and perhaps even radically, in ways that are finally sparking real debate.

I grew up in rural America, and have always been a proud, unambiguous part of the gun-owning culture.  I’ve owned firearms my entire life.  My father and I were members of a shooting club at a range in my home town.  We hunted whitetail deer.

While courting my wife — herself a holder of NRA merit badges for marksmanship — I hunted turkey and deer with my future father-in law.

One of my wife’s proudest gifts to our son (he was 13 years old at the time) was his first .22 rifle.

My brother Allen and I have hunted together since childhood, and he writes one of the best hunting and fishing blogs in the Midwest.

What we didn’t do?  We didn’t own military-style weaponry.

In all my childhood and young adulthood, I don’t remember anyone owning assault rifles or high-capacity banana clips, or talking about the need for such weapons.

Guys owned shotguns for hunting fowl.  We owned hunting rifles.  Some men — not, by a long-shot, all — owned a pistol for home security, to protect their businesses, or for protection against grizzly bears, or for sport.

Through the 1960s, 70s, and 80s, when I was a kid and a young man, the loggers and fishermen and outdoorsmen I grew up around would have been baffled by anyone packing a military-style heat.

I remember in particular one of my friends bragging that his dad still had an old German Luger military pistol locked away in a drawer, a legacy of his grandfather’s service in World War II.

The idea was kind of shocking and exciting.

But if you asked me whether any of our dads would have advocated legalizing teflon coated “copkiller” bullets or fought for the right to use high capacity magazines, I’d say no way.

I’m not sure when the gun culture changed.

What I can tell you is that in the part of America where I grew up — Arkansas, Kansas, Oklahoma, and later Alaska — it didn’t look much like the gun culture that exists today.

Guys didn’t talk about the need to arm themselves so that they could someday resist their own despotic government.  There wasn’t survivalist talk or talk of “2nd amendment” solutions to democratic debates.

I suspect the change came from the narrowing agenda of the NRA, which shifted from a mom-and-pop style hunter and gun-safety organization to a sleek, powerful culture war advocacy group that sees no room for compromise or nuance.

In their worldview, there are gun lovers and believers in the Constitution, and there are those who would confiscate every single firearm.

It’s a gun culture that leaves no room for people like me, who value sporting guns and believe in protecting gun ownership, but have serious moral and practical questions about the need for high-efficiency military-style pistols and assault rifles.

I suspect that at least some of the change also came from a growing population of American gun enthusiasts who don’t have strong ties to rural life.

There are a lot of suburbanites and urban folks who embraced the gun-show bang-bang culture that gets a rush out of hard-core hardware, without having been introduced to firearms through the common sense values of their fathers and mothers.

Finally, I suspect that a lot of the change in America’s gun culture came through the commercialization of firearms, as manufacturers — who now clear $12 billion a year — worked to sell more and more high-end “cool” weapons.

The kind of guns that ravaged Aurora and Newtown and Columbine have much higher profit margins — and fanboy appeal — than you see for a serious hunting rifle or a practical shotgun.

So while on many issues, it is urban, progressive Americans who have moved into new, experimental, and sometimes nervous territory, when it comes to guns I think it’s fair to argue that conservatives are the ones who have changed.

While talking about the long-standing tradition of gun ownership and flying the banner of the 2nd amendment, they’re drawing lines in the sand that I’m guessing would have made little sense to the guys in the coffee shop in my hometown.

So here’s my question to those of you who see yourselves as gun rights advocates.  When was the first time you saw people in your community owning (or desiring) these kinds of weapons?

When did you or your friends begin to see military-style pistols and assault rifles and banana clip-type accessories as part of America’s gun culture?

304 Comments on “On handguns, tradition and radicalism”