Subscribe
iTunesSpotifyGoogle PlayRSS
by Lucy Martin on May 23rd, 2013 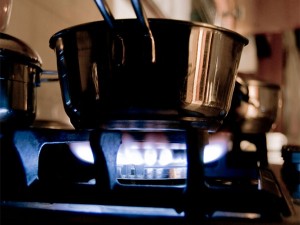 Much of Montreal is under a boil water advisory. Photo: opethpainter, Creative Commons, some rights reserved

Update Friday 8 am.  The boil water advisory was lifted late Thursday evening after tests showed no dangerous bacteria, such as E. coli, in the affected water. Here’s more from the Montreal Gazette.

Update 4 pm. The boil water advisory for affected areas will continue to at least 9:30 or 10 pm, Thursday, when a further update on the situation will be available, according to the Montreal Gazette.

10:25 am. Approximately 1.3 million Montreal residents remain under a boil water advisory today. The Montreal Gazette reports the problem stems from a mishap at a water treatment plant that caused sediment to be stirred into the city’s water system.

The boil water advisory is considered precautionary and may be lifted between 5-8 pm tonight, once test results come back. But, as you can imagine, the situation is a tremendous inconvenience for institutions, businesses and individuals.

As the story is picked up as international news, the Globe and Mail writes that this incident contributes to doubts about Montreal’s ability to properly administer and deliver essential services:

“It’s another blow,” said restaurateur Alexandre Wolosianski after his staff raced out to Costco to buy 50 large containers of water to supply his bustling downtown eatery, the Dominion Square Tavern. In the morning, his cooks called him to report the tap water was yellowish. “Not many Montrealers are proud of their city right now. It already feels like our infrastructure is outdated. Now this.”

Many residents of smaller municipalities are used to dealing with the occasional boil water advisory. But when it affects systems this big, it’s quite a problem.