Subscribe
iTunesSpotifyGoogle PlayRSS
by Brian Mann on May 24th, 2013 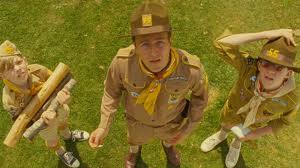 First some disclosure.  I was maybe the worst Boy Scout in the history of scouting.  Not because I was gay.

Eventually, after many years of slouching toward even the easiest merit badges, I was urged to find other sources of self-improvement.

So I’ve been watching from the sidelines in this whole Boy Scout homosexuality debate with mixed emotions.

I remember how earnest and devoted and good that culture was — and how much it helped and shaped me, even as I was rebelling against many of its values.

But I also remember how obtuse it could be, how un-self-aware and culturally myopic.

It was sort of as if a group of people had decided that Youth Culture as it existed pre-1960s could be captured in amber and recreated in jamboree enclaves forever.

I know a lot has changed since my day.

A lot of my friends are huge scouting fans and advocates.  They have helped to bring Scouting into something that more closely resembles the modern world.  (There’s even a merit badge now for video games!)

This debate over gay scouts and scoutmasters is a big part of that larger question.  What is modern scouting?  How does it help kids navigate this complicated, hyper-urban, multicultural, post-modern world?

How does it stay true to the traditional moral values of the churches that often host and sponsor scouting groups, while also adopting the evolving moral values of inclusion and tolerance?

My sense is that scouting might have a leadership role to play here.  It turns out the values of the movement that I struggled so mightily with are ahead of their time.  They are blind to questions of sexuality and race and ethnic and religious background.

These are universal, perennial values.  (Really, read them.  They’re amazingly cool.)  They worked in the 1950s and they can work today.

So rather than ask scouts (or scout masters) whether they are gay or straight, why not ask whether they are willing to strive toward being trustworthy, loyal, helpful, friendly, courteous, kind, obedient, cheerful, thrifty, brave, clean, and reverent?

There’s my two cents.  What do you think?  Was this week’s vote to accept openly gay scouts a step in the right direction?  A step into the wilderness?

Remember that this is a tough, complicated conversation, so please focus on your “courteous” and “kind” values while commenting.