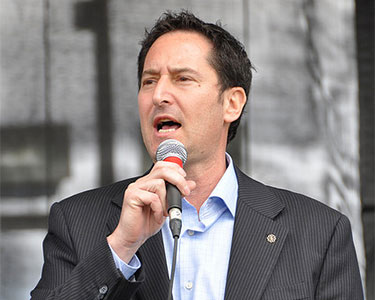 In a press conference this afternoon, Applebaum told reporters that he’s innocent and “I have never taken a penny from anybody.”

You can watch the CBC’s video of that press conference here.

The CBC also reports that “the province and the majority of municipal councillors have said the city should select an interim mayor to serve until the next municipal election in November, rather than placing the city under trusteeship or advancing the date of the municipal election.”

The charges against Applebaum have to do with 2 real estate transactions that took place between 2006 and 2011 when Applebaum was borough mayor of Côte-des-Neiges-Notre-Dame-de-Grâce.