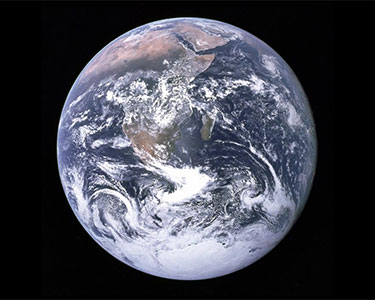 A week ago, I listened with fascination to Uri Berliner’s report on NPR about the good news of 2013.  The thing that was fascinating about his report was that these stories tended to be huge, tectonic trends – powerful positive shifts in human affairs.

A dramatic decrease in cancer deaths, suggesting real progress in the war against one of the world’s deadliest killers.  Amazing economic and social progress in Africa.

Uri’s article provides a link to a website called HumanProgress.org, which collects evidence of our advancement of a species.  The declaration on the site’s front page is bracing:  “The state of humanity is improving.  Fast.”

The evidence collected by the website — along with other data sets that I’ve looked at over the years — is incredibly convincing.  Poverty and famine world-wide are declining at science-fiction speeds.

“In 1990, people in 26 countries consumed less than 2,000 calories, which the U.S. Food and Drug Administration recommends an average person should eat each day,” the organization reports.  “By 2008, that number fell to 3.”

Infant mortality is declining and humans work less hours for greater material reward.  There are fewer wars and the wars we conduct are far smaller, resulting in massively fewer casualties.

Set against these mega-trends is a constant drum beat of gloom and anxiety and sour news.  In part, this may reflect my own industry and its insatiable hunger for drama and trouble and strife.

We don’t send reporters to Africa to chronicle the revolutionary improvements in living conditions and productivity and the rapidly advancing state of women’s rights.  We send them to chronicle regional conflicts and civil wars.

And it’s also often in the interest of various activists — on the right, and the left — to raise the alarm to a fever pitch.  It’s hard to get people’s attention.

From climate change to the budget deficit, partisans like to talk about what amount to challenging, technical but eminently solvable problems as if they are harbingers of the end-times.

Which makes sense.  There’s some evidence out there to suggest that humans as as a species are drawn to bummer news.  We are risk-assessors.  We tend to focus on threats, danger-signs, storm clouds on the horizon.

That’s fine, so long as it doesn’t eclipse the reality that our collective hard work is producing astonishing progress.

The various tools and institutions that we have in place — ranging from the United Nations to the US Congress — to solve big problems tend to be hated, even loathed, because they don’t produce big, home-run style victories.

But they do seem to work in their muddled way, shuffling us through what amounts to a tarnished, noisy and sometimes ugly Golden Age.

None of which is to suggest that we shouldn’t still strive for progress.  That yearning, too, appears to be thankfully hard-wired into our natures.  We want less poverty, less uncertainty, more opportunity for more people.

But as we ring out 2013, it’s worth pausing once to remember that this was, warts and all, a year in which more humans than ever before on our planet had at least a small share in hope and progress.