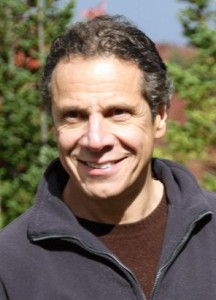 Governor Cuomo should make clear exactly what contact he had with Chris Christie over the GW Bridge closure.

For politicians, weeks don’t get any worse than the one just endured by New Jersey Governor Chris Christie.

There’s an old (and, yes, crass) saying that some elected officials are so popular that it would take a scandal involving a live boy or a dead girl to endanger their fortunes.

For Governor Christie, all it took was the closure of three lanes on the George Washington Bridge.

Shows you that for East Coast commuters, a good solid traffic controversy even trumps a sex scandal.

As the Republican tries to fight his way out of a very dodgy corner, here are three thoughts about the broader meaning of Bridgegate.

1.  Meanness just doesn’t play well.  People have tried to compare Bridgegate to the awful roll-out of Obamacare.  But Obamacare was a very real effort – some would argue misguided — to extend health care coverage to millions of Americans.  The shenanigans surrounding the GW bridge?  That was apparently just good old fashioned nasty machine politics at its worst.  Motive really does matter when it comes to public perception.

2.  Every politician needs a BS detector.  I’ve written this before and it’s more true now than ever before.  Every politician in America needs someone on their staff whose sole job is to call foul balls.  Otherwise, the fishtank reality of power and government drag even the best administrations into the muck.  People start to cut corners.  They start to feel entitled.  They start to feel like the power and money entrusted to them by voters is actually, you know, theirs.

In this case, Christie’s top staff members allegedly started playing the fool at a time when their boss was looking untouchable in a walk-away election.  This was, in the parlance of politics, an unforced error.

Imagine if his team had employed an internal ombudsman charged with calling BS on this whole scheme?  If I were a powerful guy (or gal) I’d go hire a feisty, unapologetic truth-teller tomorrow and I’d give them an office right next to mine.

3.  Finally, and this is a big one, we need to hear very clearly and directly from Andrew Cuomo.  The Wall Street Journal has reported that Chris Christie reached out to New York’s governor as this scandal was beginning to unfold.

A member of Cuomo’s staff has denied this happened.  Cuomo needs to put this to bed immediately and finally with a public statement, also taking questions about what he knew, who he talked to, and when — and any actions he took, if any.

It looks like there’s plenty of mud here to go around.

If Cuomo is truly watching all the whole mess unfold, safe and clean from his vantage point on the Washington Heights side of the Hudson River, this would be a good time to make that crystal clear.

62 Comments on “Three thoughts on Bridgegate”