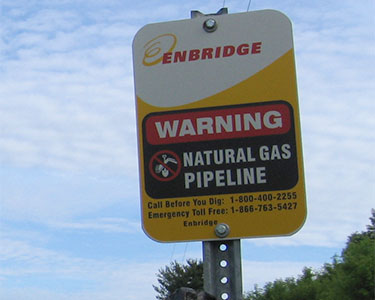 The supply and price of natural gas is buffeted by local factors and global markets. Between those two pressure points, natural gas prices are suddenly on the rise.

Two weeks ago an In Box post mentioned that a major supplier of natural gas in Ontario had submitted a request to raise consumer prices by 40%. Well, that entire rate hike was just approved by the Ontario Energy Board, effective April 1st.

Customers of Enbridge Gas will soon be hit with an average increase of nearly $400 a year in their gas bill, at least on an interim basis.

The Ontario Energy Board approved the company’s application to boost its rates by 40 per cent.

Enbridge said the higher costs are the result of colder than normal weather over the past winter and higher natural gas prices forecast for the next year.

But in its decision, the energy board said that these rates, which come into effect April 1,  are approved on an interim basis, meaning they could be adjusted in the future.

OK, that’s Enbridge and soon-to-follow suppliers in Canada. And it’s an interim approval, subject to future adjustment. But this will likely show up in everyone’s wallet, soon enough. Here’s some discussion about that in an op-ed from Jim Hillibish a staff writer for CantonRep.com, in Ohio:

We all will pay for what’s happening. Natural gas prices are mushrooming. In 2012, they fell to below $2 per 1,000 mcf wholesale, a record. That has more than doubled to a recent $4.80 and will keep rising, according to BHP Billiton, a major gas producer.

The residential price can be double the wholesale. U.S. Energy Department forecasts the average residential price will spike to $11.56 per mcf by the end of the year. That’s a boon to drillers — but a budget buster for consumers.

Another shocker: Unlike earlier shortages, there is no refuge in electricity, as more of it is being generated by natural gas.

But apparently that’s not enough for the industry, which is lobbying Congress to allow increased exporting of our gas, which is liquefied for ship transport. That means billions more for export-processing infrastructure.

Looking at this from a market perspective, natural gas prices do fluctuate. There’s nothing permanent about the lows consumers have been enjoying, indeed prices were higher – quite a lot higher – not too many years ago, as can be seen in charts from the OEB.

The political aspects of natural gas are especially dynamic right now. From the Washington Post:

But many members of Congress are pressing the Obama administration to use energy as a diplomatic weapon and to speed permits for natural gas export terminals to ease Europe’s and Ukraine’s heavy reliance on Russian supplies.

It isn’t that easy. The cost of getting U.S. gas supplies to Europe and the lack of infrastructure on both sides of the Atlantic are major obstacles. Plus, Asian customers are offering higher prices. Opponents of gas exports (including consumer groups and petrochemical companies) say that some businesses and politicians are using the Ukraine crisis as an excuse to export. Proponents, by contrast, complain that the Energy Department is dragging its feet.

And, sooner or later, energy extraction, supply and use also come down to real and important environmental issues.

13 Comments on “Expect to pay more (a lot more?) for natural gas”