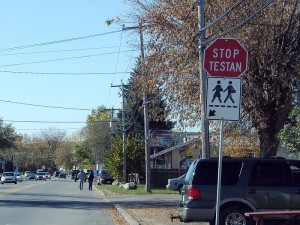 What rules are reasonable to protect limited tribal resources? How does who one marries affect cultural integrity?

Like many other specific groups, the Kahnawake Mohawk community on Montréal’s south shore is struggling with those issues.

The main council website includes details on the rules, rights and responsibilities of membership. Membership Law is set forth in a 35 page .pdf that can be found on this webpage.

Here’s the source of on-going struggle and pain:

(Note: There are exceptions, including permission for relationships established before that date to stay on. )

Enforcement has been intermittent but that may soon change. According to the Montréal Gazette, as many as 200 people could face eviction for being in violation of that rule, including Kahente Horn-Miller.

Kahente, a visiting professor of aboriginal studies at Carleton University, explained that, in Mohawk history, membership wasn’t focused on race. “This whole idea of measuring how much blood we have is so foreign to us,” she said. “Our ancestors brought people to replenish the community, not the blood. They brought people into our communities and we’re all descendants of them.”

The issue would perhaps be less fractious if it didn’t involve competition for limited resources. CBC news cited Michael Delisle, Grand Chief of the Mohawk Council of Kahnawake as saying:

…Kahnawake’s limited real estate means the 6,500-person community’s ability to grow is stunted, and allowing non-natives onto the reservation takes space away from Mohawks.

Delisle also made the case that non-native people living in Kahnawake largely benefit from the same perks Mohawks are entitled to, notably tax exemption.

This 2010 letter to the editor of the Kahnawake News says the issue needs more thought:

It seems to me the problems with membership are: 1. it seems it can be taken and given on a whim. One’s membership (citizenship?) should not change depending on your current or past marital status. All non-Natives should have neither status nor be citizens; but spouses should be able to reside (though not own). Children can own and be citizen/members etc… At some point we have to recognize that keeping people out who should be members/citizens in fact weakens the “blood quantum” or Mohawk-ness (if you’ll allow), this becomes a mixed Native community, not Mohawk as the so-called law and council suggest.

2. Demanding that people prove their worth, especially women who were taken off the roll. is both insulting and very “un-Mohawk.” Women should be asked to come back, celebrated in fact, having once been a matriarchal culture, this seems obvious, and the ultimate resistance to the Indian Act. Their children and grandchildren are a lost generation of Mohawks.

So much more to say… but shouldn’t these points be discussed? Are they being discussed? This story doesn’t become about one woman it has to be about all those people who have lost membership for getting married or living with someone. It has to ask how does it create a prolonged culture when those who have been ostracized can never come home….

Someone needs to ask these questions, no?

A difficult challenge, to be sure. One that is exacerbated by modern pressures, like taxes and competition for limited space. 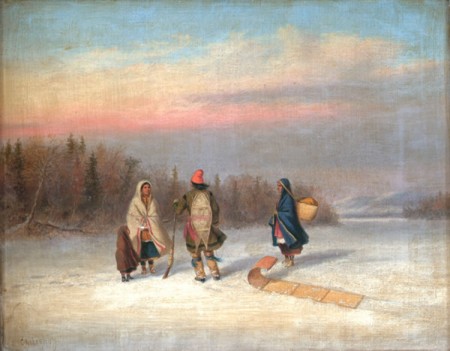