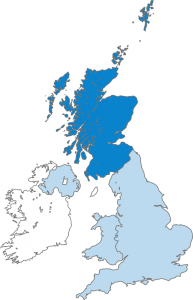 Like many world leaders, federal politicians in Canada are expressing relief that Scottish voters chose to stay part of the United Kingdom.

And why not? Dealing with the status quo tends to be far simpler than a lengthy period of upheaval and re-alignment. Not to mention that while Canada’s own separatist movements seem quiet for now, under the right conditions that could always change.

Of course individual opinions on the question of Scottish independence varied considerably. The issue also matters to many Canadians because of their own heritage.

Here’s how that topic was summarized by a Quill & Quire review of a 2010 book, How the Scots Invented Canada, by Ken McGoogan

Since the 1700s, the Scots have had a ­profound influence worldwide, as American author Arthur Herman emphatically argued in his 2001 book, How the Scots ­Invented the Modern World. So why do we need another book about Scottish ingenuity focused solely on Canada? Because, writes Ken McGoogan, “except for the homeland, this is the country where Scots and their ­descendants have accomplished the most.”

Scots have never exceeded more than 16 per cent of Canada’s population, McGoogan points out, yet 13 out of 22 Canadian prime ministers were of Scottish heritage. Low- or high-born, the Scots who came here tended to possess strong leadership skills as well as open, flexible attitudes that helped give rise to Canada’s cultural pluralism. 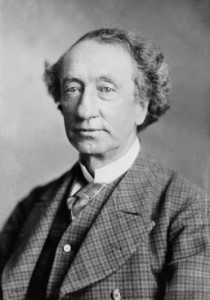 Sir John A. Macdonald circa 1878. Canada’s first Prime Minister was born in Scotland.

In any event, many Canadians with Scottish ties were watching Thursday’s ballot question with keen interest, both those for and against independence.

Take Leith Davis, an English professor at Simon Fraser University and the current director of the Centre for Scottish Studies. As reported by the Canadian Press, although Davies was disappointed by the result, a plus may come in how the world sees Scotland:

“I think to see a nation that can have this kind of conversation in a peaceful and democratic way where they’re so strong, such strong difference of opinion, the rest of us should take notes and be envious.”

Indeed, while final numbers are still being calculated, voter turnout was gauged at over 80% in many districts, and even over 90% in the best instances, with an average of just under 85%. That proves the engagement of the electorate.

The other group in Canada most focused on the outcome was probably Quebec separatists, some of whom went to observe events firsthand.

Quebec Premier Philippe Couillard (who is not a separatist) shared his take on the event with the CBC:

“It is an example of a healthy state of tension in sub-national states in countries like U.K. or Canada between a strong feeling of identity, which I think Scots and Quebecers have in common, and at the same time the desire to belong to a larger political organization, the U.K. or Canada”

Coulliard went on to say there were important differences as well:

“The [Scottish] campaign was not centred around identity or exclusion of this or that category of person from who is a Scot, who is not a Scot, as we unfortunately heard here in Quebec. It was mainly about fiscal and economic issues, which is quite a different context than what we went through, in the recent months in particular”

Of the Quebec separatists who went to see the Scottish vote in person, Coulliard said “It’s time for them to come home and work on real issues.”

Meanwhile supporters of the “No” option (a vote to stay with the UK) were also paying close attention to possible lessons from Canada’s brushes with Quebec exits.

According to the Toronto Star, Westminster’s Secretary for Scotland (meaning the UK’s point man on the issue) Alistair Carmichael had this to say:

“I draw very heavily on the experience of our friends in Canada and the fact that they ended up going round this process not once but twice,” Carmichael said on Friday in a post-referendum briefing to media in Edinburgh.

“They ended up going through it a second time (in 1995) because they didn’t deliver on the promises of reform that were made in 1980.”

Solemn assurances were made by the main party leaders in the UK in the days leading up to Thursday’s historic vote to enhance Scottish interests if voters would only choose to stay united. Keeping “the vow” may matter. Again, from the Star article:

In one of his recent trips to Canada, Carmichael sat down with many of the leading figures from the 1995 referendum, including former prime minister Jean Chretien, with whom the Scottish Secretary has been consulting regularly.

“The strong opinion I came away from is that you ended up back in this situation in 1995 because you didn’t deliver on the promises of reform in 1980,” Carmichael said. “So whatever mistakes we made in the campaign, I’m quite clear that in order to avoid coming back to here, our first priority is to deliver the reform we’ve promised.”

This is an age of spirited separatist movements, as shown by an attempt to hold a similar November vote in the Catalan region on possible separation from Spain. That’s been a far less harmonious affair, with Madrid calling that planned vote illegal.

A good argument can be made that decisions of such significance should require more than a simple majority to enact. But aside from that complaint, Scotland (and England) gave the world a powerful example of peaceful, constructive democracy in action.