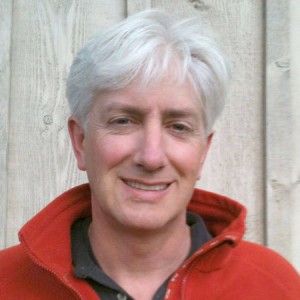 Protect the Adirondacks and the Sierra Club have lost the first round of their effort to appeal a court decision that upheld the Adirondack Park Agency’s decision to grant permits for the proposed new resort in Tupper Lake.
A state court ruled in July that the APA followed proper procedure in issuing the permits.  Some environmental activists felt that the court’s decision set a dangerous precedent, allowing state officials too much leeway in interpreting laws designed to protect open space in the Adirondacks.
Their request to appeal the July decision, however, was rejected. Jim LaValley, head of a group called ARISE that formed to support the Adirondack Club and Resort project, issued a statement on Thursday praising the decision.
“I am very pleased to report that the Appellate Division has denied Protect’s motion for leave to appeal to the Court of Appeals,” he said.
However, Protect and the Sierra Club announced that they would immediately file one more appeal — expected to be their last legal maneuver — to the New York State Court of Appeals.  They said they expected a decision by the end of the year.
Here is the press release issued by the environmental group:

Statement from Protect the Adirondacks and the Sierra Club on Denial of Motion for Appeal by the Appellate Division, Third Department, to challenge July 2014 decision upholding the Adirondack Park Agency’s Approval of the Adirondack Club & Resort Project
The NYS Appellate Division, Third Department, has rejected a motion for leave to appeal by Protect the Adirondacks, the Sierra Club and a neighboring landowner to challenge its July 2014 decision to uphold the approvals by the Adirondack Park Agency (APA) for the 6,000-acre Adirondack Club & Resort project in Tupper Lake. The Appellate Division, Third Department issued a decision that upheld the APA approvals in July. PROTECT and the Sierra Club will make a new motion for leave to appeal to the NYS Court of Appeals. This motion will be filed within the next 30 days.
Protect the Adirondacks and Sierra Club strongly disagreed with the Appellate Court decision. The lawsuit brought by Protect the Adirondacks and the Sierra Club lawsuit primarily focused on the approval by the APA of 80 “Great Camp” lots spread widely throughout lands classified as Resource Management under the APA Act. The court’s decision did not examine the failure of the APA to uphold the APA Act for development of lands classified as Resource Management. If the Appellate Division decision is upheld, it will create a ruinous precedent that will negatively impact hundreds of thousands of acres classified as Resource Management across the Adirondack Park.
Another principal objection is that the Appellate Division erred when it held that the Adirondack Park Land Use and Development Plan of the APA Act is merely guidance to APA and is not binding on the APA, despite the plain language of the statute to the contrary. This reverses 40 years of legal practice at the APA and accords APA decision-makers with vast opportunities to issue permits with little justification.
The Appellate Division also erred when it held that APA’s reliance upon post- approval studies of adverse impacts to wetlands and wildlife, which had not yet been conducted, as grounds for approval of the project, was not arbitrary and capricious.
The Court also did not examine the APA’s reliance on materials that illegally supplemented the hearing record to make its decision. The Court also failed to examine ex parte communication issues.
A decision by the Court of Appeals on this motion is expected by the end of the year.