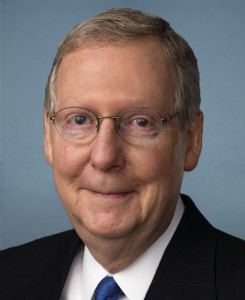 This election season — falling in the sixth year of Barack Obama’s presidency — was supposed to be a Democratic bloodbath.  Read the vast majority of political journalism and that’s still the meme you’ll find. “Bracing for a political wave” is how the National Journal described it in an article this week.  With the president deeply unpopular in much of the nation, it’s supposed to be 2010 all over again.

The trouble is, less than a month out, the national picture doesn’t look like that at all.  If the polling holds up, Democrats could well pick up as many as three net governorships around the country. Those gains could well include a whopper victory in Florida that would bode very well for their presidential chances there in 2016. The latest surveys also show Democrats possibly picking up a win in Pennsylvania, as well as a possible shocker of a victory in red-as-red Kansas, and a real shot at a win in rural-centric Maine.

On the Senate side of the ledger, Democrats are almost certain to lose ground, retreating from the big majority they hold now (their caucus stands at 55 seats currently). But Republicans don’t have anything like a lock on taking power.  That’s astonishing because the GOP is fighting for pick-ups in states that should be a chip-shot in any year, let alone a big-wave season.

In Georgia, in a race for an open seat, the Democrat has held the race to within a few points.  Same goes for Kentucky, where Republican minority leader Mitch McConnell, far from strolling to a coronation, is fighting for his political life. Meanwhile, back in Kansas, long-time Republican Senator Pat Roberts is struggling against his Independent opponent, with one poll showing him trailing by as much as ten points. And in New Hampshire and North Carolina, states that have gone comfortably red in past conservative tidal waves, Democrats are consistently polling ahead. There’s even an outside chance that Democrats could squeak to a win in South Dakota, where a three-way race has confused the GOP’s lock on capturing the open seat.

So what gives?  As I’ve written before, the sour national mood doesn’t always register in state-level contests.  Barack Obama isn’t actually on the ballot, though Republicans have tried to make him the central issue. While sticking doggedly to that game plan, Republicans have struggled to come up with clear messages about the economy, healthcare and other pocketbook essentials.

It’s possible, of course, that the tide could still turn against Democrats.  And even without a full-blown blow-out, the GOP could eke out a small majority in the Senate. But it’s reasonable to ask if the whole tidal wave meme still makes sense.

If that is the proper frame for viewing 2014, why hasn’t the GOP hasn’t been able to make a closing argument long before now, especially in places like Georgia, Kansas, Kentucky and North Carolina?