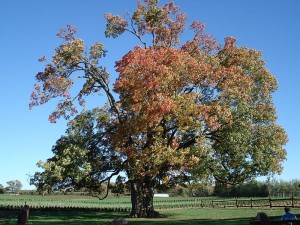 There’s a lot happening in studies of possible effects of climate change and species migration.

Sometimes this concerns the the big picture, as with an alarming study from the National Audubon Society that half the bird species of North America are at risk of extinction by century’s end.

There’s also the migration of unwanted things, as with an Associate Press item this week about new tree pests showing up in New York State.

One school of thought holds that animals and plants may simply migrate to new territory, so to speak. Moving north, for example, if cooler temps are needed. That could happen naturally or with human help, as with the concept of assisted migration.

But (big surprise!) factors surrounding what grows where turn out to be somewhat complex. Case in point: a recent experiment on maple seed germination in Quebec.

In a series of what Brown described as “character building” experiments, her team lugged about 800 litres of earth up and down the kilometre high Mont-Megantic in southern Quebec. Doing so allowed the team to simulate northward migration by simply changing elevation. Instead of moving the soil to higher latitude, they took it up the mountain where the temperatures were comparably cool.

To ensure their results were being determined by factors other than climate, they brought soil from high on the mountain, outside the sugar maple’s range, down to the heart of the tree’s range and planted the winged seeds kids often call “helicopters.”

They found that even in the best climatic conditions, planting seed in soil from outside the tree’s range resulted in less seedlings taking root, meaning trees would naturally have problems expanding their range. But the real surprise was waiting for the scientists at the top of the mountain, where they’d transported the good soil.

“We came to our pots and instead of finding seedlings we found the seed wing, but instead of a seed attached to it, we found little bite marks,” Brown says.

Whatever was eating the seeds was stifling the sugar maples’ range expansion more than other factors such as soil quality. To prove it they ran another series of experiments using cages to protect some seeds, and found that when protected and planted in good soil, the seeds would germinate at high elevation.

Here’s a link to the study “Non-climatic constraints on upper elevation plant range expansion under climate change“. And here’s more discussion about sugar maple range and climate change from 2011. 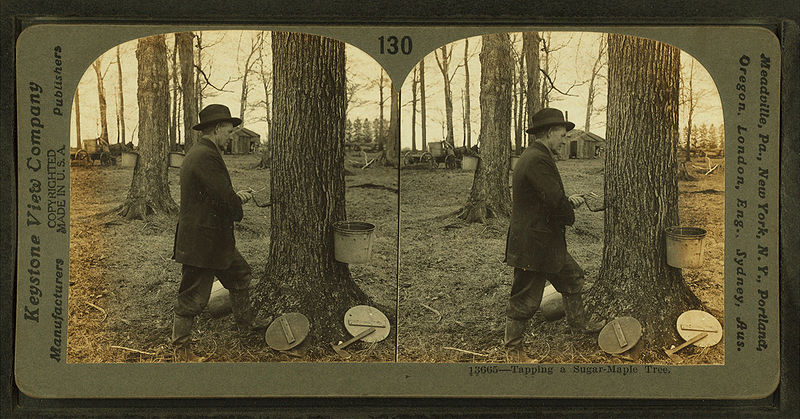