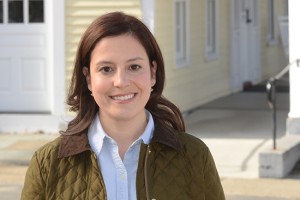 Tuesday was a home-run for Elise Stefanik, who combined her personal talent as a campaigner with a powerfully organized campaign and big support from local and national donors.  She created one of the finest political operations ever seen in the North Country.

Along the way, she managed to inspire the kind of passion not seen among conservatives since Doug Hoffman’s insurgent campaign half a decade ago, while also executing the kind of methodical, disciplined game plan that he couldn’t muster.

She also found ways to temper a largely conservative set of agenda items — a flatter tax, opposition to abortion rights — making them sound comfortably moderate for our region’s purplish voters.

And so she goes to Washington DC as the youngest woman ever — just 30 years old — elected to Congress by either party.  It’s a proud accomplishment.  Once again, North Country politics produced a weird, exciting outcome with potentially huge national ramifications.

But if that number, 30, is meaningful (and it is, for a party that’s struggled to appeal to younger, single and female voters), there’s another number that Stefanik should pay attention to as she prepares to represent this sprawling, rural, idiosyncratic region.

Translation?  Stefanik scored nine fewer votes in her adopted home town of Willsboro than her Democratic opponent, Aaron Woolf.  And when you combine Woolf’s Willsboro tally  with the votes garnered there by Green Matt Funiciello — a combined total of 356 ballots — they significantly outstripped Stefanik’s 258 votes.

While winning the district with 53% support, she scored just 42% in her “home” town.

Fortunately for Stefanik, she wasn’t running for town supervisor.  Her sights were set much, much higher.  But it’s an important footnote to this race that her most immediate neighbors were still telling NCPR and NPR quite late in the campaign that they don’t know her very well, and in many cases haven’t even met her.

Willsboro’s outlier vote seems to reflect that lingering unfamiliarity, and a lingering sense that her narrative about her family’s history in the North Country didn’t quite jibe with peoples’ experiences.

That should be food for thought for Representative-elect Stefanik.  As she pivots now to do the work of the North Country, the truth is that the vast, overwhelming majority of people here who “know” her, do so from the flood of campaign ads and televised debates.

During the campaign, the Republican herself and her ardent supporters in Willsboro reacted defiantly to the idea that she is a carpetbagger, with only the thinnest seasonal ties to our region.  But maybe the time has come for Stefanik to flex a bit and embrace and acknowledge some of those shortcomings.

Soon enough, her important work and her impressive victory will take her back to Washington DC where she has made her home through much of her adult life.  It will be interesting — and perhaps more than interesting — to see in the weeks between now and her January swearing-in how Stefanik works to deepen her roots.

My sense is that she might be well served by beginning that process in Willsboro, with active outreach to the neighbors she’ll now be representing in Congress.

28 Comments on “In Stefanik’s sweeping victory, one cautionary number”