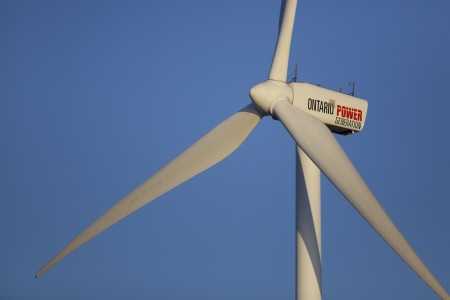 A three-judge panel in Ontario has dismissed a challenge to different wind power projects in that province. The decision, released last Monday, found the plaintiffs could not substantiate concerns about potential adverse health effects.

Four families had raised a constitutional objection to the Green Energy Act – which governs wind farm projects in Ontario – arguing the legislation was flawed by not allowing for challenges based on health issues.

As reported by CBC, the judiciary panel disagreed:

“That evidence was to the effect that causal conclusions based solely on self-reported health problems were scientifically speculative and likely misleading and that the level of information provided in the medical records of the post-turbine witnesses was insufficient to allow a medical practitioner to make definitive causal assessments between diagnoses, symptoms and wind turbines.”

Here’s that ruling, as posted on an anti-wind power site, Ontario Wind Resistance.

A Health Canada study of 1,238 residents living near wind farms in Prince Edward Island and Ontario was released in November of 2014. CBC summarized some findings as follows:

“While some people reported some of the health conditions above, their existence was not found to change in relation to exposure to wind turbine noise,” Health Canada said.

The study did find that as levels of wind turbine noise increased, people reported being more annoyed by various aspects of the turbines, from the noise itself and the aircraft warning lights on top of the turbines to the way they caused shadows to flicker.

Health Canada said the results of the study are considered preliminary until published in peer-reviewed scientific literature.

Interestingly, both opponents and supporters of wind power felt the Health Canada study lent support to their positions, as detailed in this article from the Toronto Star.

Another 2014 study found little to no effect on property values near existing wind farms, a result the authors themselves called “somewhat surprising”.  It is thought to be the first peer-reviewed study on that issue in Canada.

From a Canadian Press report in the Globe and Mail (Dec 7):

“These results do not corroborate the concerns raised by residents regarding potential negative impacts of turbines on property values.”

The University of Guelph researchers analyzed more than 7,000 home and farm sales that occurred between 2002 and 2010 in Melancthon Township, which saw 133 turbines put up between 2005 and 2008, and 10 surrounding townships.

Of those, more than 1,000 homes and farms were sold more than once, some several times.

“These turbines have not impacted the value of surrounding properties,” co-authors Richard Vyn and Ryan McCullough conclude.

“Further, the nature of the results, which indicate a lack of significant effects, is similar across both rural residential properties and farm properties.”

This press release on the study from the University of Guelph points out the study is a statistical group summary of one limited area, not a blanket guarantee. As co-author Vyn stated: “It does not preclude that there may be some impacts on individual properties.”

1 Comment on “Ontario wind power: updates and a court ruling”