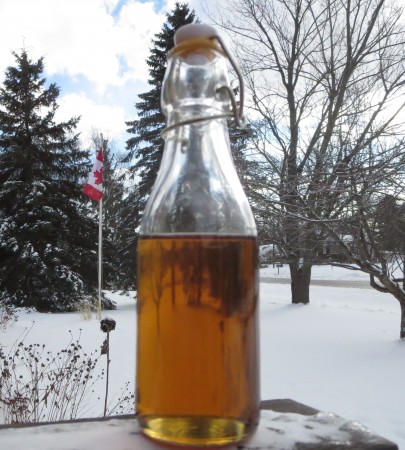 The New York Times recently reported on an interesting new theory on anticipating what kind of syrup season to expect. Of course this is determined by many factors: overall seasonal weather, specific spring temperatures, moisture, tree health, etc. etc.

But at least one new study suggests seed cycles matter too, particularly something called a mast year. And that 2015 could be a good syrup season:

In a paper published recently in the journal Forest Ecology and Management, ecologists at Tufts University near Boston suggest that syrup and seed production are linked. Because 2014 was a low seed year for maples, the scientists reason, maple trees invested spare energy into producing more carbohydrates.

What’s the relationship? Again, from the NYT article:

“For a long time, maple producers have known that weather affects how much you get,” said Elizabeth Crone, a biologist at Tufts and an author of the study. “We knew how to predict sap flow, but how do we predict how much sugar there will be in the sap?” Dr. [Josh] Rapp and Dr. Crone found that they could consistently predict annual sap sugar concentrations by looking at seed counts from the previous year. A hypothesis formed: Every year, trees either invest in producing seeds and flowers, or dump their energy reserves into making extra-sugary sap.

Because seeds develop a full six months before syrup harvest, Rapp hopes this study can help syrup producers plan ahead. “Maple syrup is a complicated natural resource,” he says. “Hopefully this research can give producers a window into the upcoming season.”

OK, all you sugar bush old timers out there, do these observations match your experience?

While on the subject of maple syrup, beginning in 2015, Canada is harmonizing the way it grades maple syrup. This matches a shift Vermont producers made at the start of 2014. Standardization is seen by government regulators and industry groups as a way to reduce consumer confusion and combat unclear or fraudulent labeling.

NPR reported on the new standards last January, detailing how the new system calls more syrup “grade A” with notations on taste that seem less pejorative than the old label of “grade B”.

Here’s an explanation of those changes from StoweToday.com:

The former Vermont designations — Fancy, Grade A, Light, Medium or Dark Amber, Grade B — are being replaced with four grades designed to convey information about the color and flavor profile of the syrup.

Now, all packaged maple syrup will be labeled Grade A, and will be classified as “Golden color/Delicate taste,” “Amber color/Rich taste,” “Dark color/Robust taste” or “Very Dark/Strong taste.”

“This change is a welcome one, representing the culmination of more than 10 years of effort in the maple industry,” said Emma Marvin of Morrisville-based Butternut Mountain Farm; she is executive board secretary of the nonprofit Vermont Maple Sugar Makers’ Association. “The new grading system brings a level of consistency to maple syrup classification that simply hasn’t existed historically.” 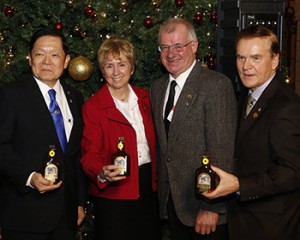 As reported by the National Post, Canada will be implementing the new system over the next two years. Canadian Senator (and former ski champion) Nancy Greene Raine championed this harmonization back in 2012, in the belief

“If you’ve ever been to a street market in Paris, for example, some of them have signs advertising ‘pure Canadian maple syrup,’ when what they are selling doesn’t actually contain much maple syrup at all,” she said.

“It’s mostly sugar water. They won’t be able to do that anymore. It’s fraud.”

Since over 80% of the world maple syrup supply comes from Canada, it makes sense to be clear about product standards. Do you think this grading system does that?