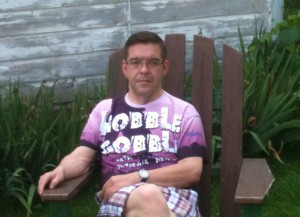 Veteran North County journalist Scott Dosztan died suddenly this morning at the age of 45. The news was confirmed this morning by Potsdam radio station B99, WPDM and WSNN, where Dozstan had worked since 2000 and was news director.

“It’s with a heavy heart to announce the passing of our news man and North Country Icon Scott Dostzan. RIP Scotty,” the station posted on its Facebook page.

Dosztan collapsed early Wednesday morning on his way to work. This from North Country Now:

“He was an old school news guy,” said the station’s general manager John Winter. “If he smelled something going on he had to dig until he got the answers. He tried to be the first to know without being pushy, but with persistence and curiosity. He was dedicated to the station and dedicated to the community. There are not many like him any more,” Winter said.

Dosztan grew up in the North Country and had worked at various stations around the region, including Gloversville and Plattsburgh.

Dosztan will be remembered for his booming baritone voice and for his dedication to covering local North Country issues. NCPR’s David Sommerstein would see Dosztan regularly at press conferences over the years and marvel at his pace and commitment. “Scott worked tirelessly – often quite literally – to cover news for St. Lawrence County,” Sommerstein says.

“He’d race from early morning newscast to press conferences across the county all day. A crazy pace. You have to be a reporter to realize how much work he was doing behind the scenes to deliver the news.”

This clip of tape is a must-listen. It captures Dosztan’s dedication, his sense of the importance of his work to his listeners, and his sense of humor.