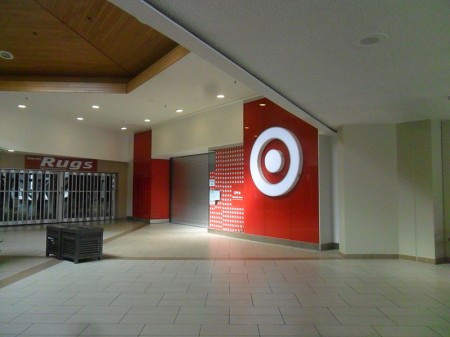 It’s no secret that shopping is generally better in the U.S. than in Canada. “Better” meaning more variety and lower prices. Part of that comes from the U.S. population being virtually 10 times bigger. That generates advantages like greater demand, good transportation and distribution networks, more competition and all sorts of efficiencies of scale.

So many long-frustrated Canadian consumers were excited when U.S. retailer Target came to Canada in March of 2013. Could this mean more U.S.-style shopping without having to go to the U.S.? Well, no. It didn’t turn out that way.

This week (1/15) Target Canada laid it on the line: “After a thorough review of our Canadian performance and careful consideration of the implications of all options, we were unable to find a realistic scenario that would get Target Canada to profitability until at least 2021” With profits that far away – on top of losses of one billion dollars in the first year of operations alone – Target has decided to pull the plug.

All 133 stores across Canada will close, with job losses estimated at 17,600. In the greater Ottawa region, media reports say the closure of 9 stores is expected to mean about 1,000 lost jobs and problems for retail locations that used Target as an anchor tenant. The loss of a main retailer in some smaller towns will leave those communities with a double-hit: job loss and a long drive to buy goods.

As reported by Stacey Roy for the Smiths Falls Record News:

Smiths Falls Mayor Shawn Pankow learned of the decision to close the Smiths Falls store through media reports Jan. 15 and expressed sorrow for the employees of Target, many of whom were former employees of Zellers.

“It’s painful,” the mayor said. “They went through the fear and anguish once and now they have to go through it again.”

Town hall is waiting to speak with Target Canada to learn about the time frame for the closure.

“There is no doubt that the next several weeks will be difficult, but we will make every effort to handle our exit in an appropriate and orderly way,” Cornell said.

The closure of the County Fair Mall anchor store is a blow to retail in Smiths Falls, but Pankow said he sees it as a potential opportunity as well.

“Target, unfortunately, didn’t give it a lot opportunity to create great success,” Pankow added. “Now we have opportunity for new ventures.”

As for what went wrong, some analysts are calling it a textbook example of what not to do, as expressed by Hollie Shaw for the Financial Post:

From opening too many stores at once to a lack of a sales website, Target took multiple missteps — some of them operational, some strategic — in order to flop as spectacularly as it did in Canada, the sum total of which resulted in a group of highly disenchanted consumers.

“We missed the mark from the beginning by taking on too much too fast,” chief executive Brian Cornell conceded in a company blog post on Thursday as the company announced it is shutting down its 133 Canadian stores just two years after its much-anticipated launch.

This CBC headline called it a multifaceted failure. This first-person reaction to the closures comes from a former copy editor who worked at a Target store in Ottawa’s west end. Deb Waite echoed the complaints of many that far too often customers were met by the sight of empty shelves, or merchandise few shoppers wanted, at prices that were above expectations.

“We don’t like to see anyone fail, because of what that does to the Canadian economy, to the people that are going to lose their jobs, (and) to the vendors that are potentially going to get stuck with some bad debts on this one, because they’re also our vendors in many cases.”

CBC has this timeline of what to expect in terms of Target closures, suggesting liquidation may take 4-5 months, but employees should get at least 16 weeks of severance pay.

The CBC’s Amanda Lang points out that:

Target’s exit now casts a thicker cloud of uncertainty over the rest of the retail invasion from the U.S.

High-end department stores are flocking north. Nordstrom has already set up shop in Calgary, and will open five other stores in Toronto, Vancouver, and Ottawa by 2017.

Saks Fifth Avenue plans to add as many as seven stores by 2016. Off-price retailer Marshalls crossed over in 2011, and now has more than 30 stores with plans to open more. Mid-priced U.S. retailers such as Ann Taylor, Loft and J. Crew are other recent additions to the Canadian market.

That CBC link includes a video discussion about that bigger picture with Diane Brisebois, the president of the Retail Council of Canada.

U.S. retailers may be another group of ‘winners’ in this story. As long as the Canadian dollar doesn’t plummet even more precipitously, the U.S. remains a very attractive destination for Canadian shoppers.