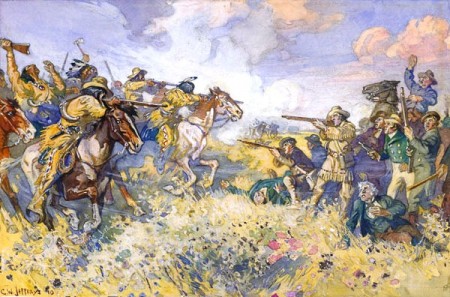 Whites and natives have been fighting, and living together in Manitoba for centuries. The Métis didn’t always lose either.  Fight at Seven Oaks, 1816 by Charles William Jefferys. Source: Library and Archives Canada

Nobody likes being called racist, even though study after study says hardly anyone is free from bias.

The U.S. is deeply mired in debate about policing and the clarion call of “Black lives matter”.

Like it or not, Canada’s equivalent problem involves the treatment of its indigenous people. Personal experience and statistics support assertions that – in their very own land –  First Nation, Metis and Inuit have less opportunity and higher-than-average rates of poverty, homelessness, imprisonment and substance addiction.

There’s a long history of programs like residential schools, that help explain how so many lives went off the rails. But it’s often easiest to blame the victims, or pretend the problems don’t exist.

Earlier in January, Maclean’s (one of this country’s most important national magazines) ran this pull-no-punches article: “Welcome to Winnipeg: Where Canada’s racism problem is at its worst“.

Of course racism cannot be easily measured. And it’s not a contest. But the charge stung.

The normal response might be to attack the message and the messenger. Only the new mayor of Winnipeg, Brian Bowman, didn’t go that route.

As recounted by Nancy Macdonald – the same Maclean’s reporter who leveled the initial charge – what happened next was newsworthy in and of itself.

Winnipeg decided to own the problem.

Two-and-a-half hours after he first read the story last week, Bowman convened a press conference. Beside him stood about 30 of the city’s most prominent indigenous and civic leaders, including the chief of police and two university presidents. “Ignorance, hatred, intolerance, racism exist everywhere,” he declared. “Winnipeg has a responsibility right now to turn this ship around and change the way we all relate.” Others, including former national chief of the Assembly of First Nations Ovide Mercredi, who spoke briefly in Cree, and Manitoba Grand Chief Derek Nepinak, expressed similar concerns with the state of racial tension in the city. “I want people to continue to stand up and be strong . . . Talk about the racism that you experience in the stores in this city and across the country,” said Nepinak. “Let’s have this dialogue now, because we are strong enough as a society to overcome these challenges together.”

Anyone interested in making big changes – hard changes – would do well to read the whole article. It’s about creating commonality. About naming the problem. And about taking responsibility (even if your hands were clean) and seeking solutions, together.

I found the responses quite moving. A sign of hope that all sides can be unified to stop doing the same bad things over and over again.

Winnipeg, at least, is willing to stand tall and try. We could all take a lesson from that. 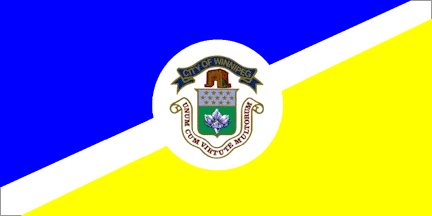 4 Comments on “A moving response to charges of racism”