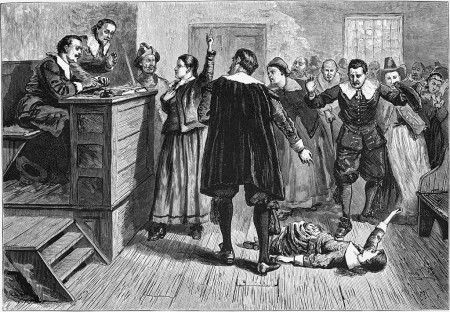 Witchcraft at Salem Village. Engraving from “Pioneers in the settlement of America: from Florida in 1510 to California in 1849,” author William Crafts, 1876. Artist: unknown, public domain

Every so often, usually in this season before Halloween, witches and witchcraft push their way into Americans’ consciousness. A few weeks ago on Garrison Keillor’s Writers’ Almanac, he noted in 1692 eight people in the Massachusetts Colony were put to death for the crime of witchcraft, marking the end of the so-called Salem Witch Trials. According to Keillor, the deadly persecutions in Salem “started when two young girls began displaying bizarre behaviors” and eventually accused their neighbors of practicing and supporting witchcraft.

The New Yorker also recently treated the Salem trials, in an article highlighting the notion — as so many have done before — that the program against accused devil-worshippers was a kind of localized mania, peculiar to a fragile Puritan culture on the American frontier. “New England delivered greater purity but also introduced fresh perils,” wrote Stacy Schiff. “Stretching from Martha’s Vineyard to Nova Scotia and incorporating parts of present-day Rhode Island, Connecticut, New Hampshire, and Maine, it perched on the edge of a wilderness.”

The trouble with this account is that the witch trials in North America didn’t start with two young girls, nor were they a phenomenon peculiar to rural areas or primitive frontiers. For hundreds of years, but particularly during the 16th and 17th centuries, the best and brightest minds of Europe believed in magic and considered Satan to be an active agent in the world, capable of corrupting those with weak minds or spirits. 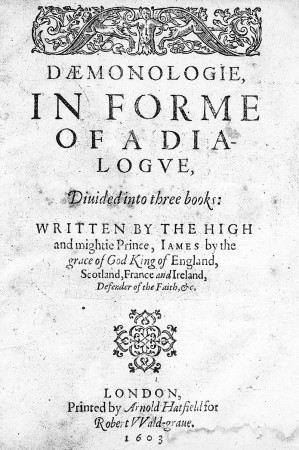 It stood to reason that the Devil would have human allies and it made perfect sense to the politicians, intellectuals, and bureaucrats of their day that those allies should be found and killed. When King James VI visited Denmark in the 1580s, witch trials were common and were widely accepted as a necessary practice. On his return to Scotland, James’ own ship was beset by storms, which the monarch believed to be an attack against him conjured up by witches. He hustled off to attend a new series of witch trials in Edinburgh where eventually as many as 3,000 men and women were put to death. He later wrote his own witch-hunting tome called Daemonologie.

The British king wasn’t laughed at or condemned for embracing the ludicrous notion that secret cults of men and women were using supernatural forces to harm their neighbors, influence geopolitics, and bring evil into the world. The vast majority of scholars, philosophers, and clergy agreed with him. Across Europe through the late 1500s and early 1600s, as many as 80,000 accused witches were put to death in the decades prior to Salem. Many of these officially sanctioned murders took place in highly developed, cosmopolitan parts of the Dutch, German, and Bavarian states.

England, France, and the Holy Roman Empire all had specific laws and legal frameworks for treating (harshly, as you might imagine) those accused of practicing black magic. One “witch hunter,” a fellow named Nicolas Remy “was responsible for the deaths of more than 800 individuals, most of them women, in Lorraine,” according to the excellent study of the period called Witch Craze by Lyndal Roper.

Roper found that the vast majority of those who carried out these legally sanctioned murders weren’t possessed by some kind of hysteria. They were highly educated men, who, for the most part, acted deliberately upon the best available ideas about how the world worked. In most cases, men and women were put to death only after what government officials deemed to be proper and thorough trials and a careful weighing of the evidence.

It’s also important to remember that during this period even great thinkers like Copernicus, Kepler, and Isaac Newton–men who helped invent what we now think of as modern science–were convinced that dire supernatural forces were at play in the world. When not developing the calculus and sniffing out new ideas about gravity and the orbital patterns of our solar system, Newton was often locked away consulting wizard’s tomes and experimenting with magical formulas.

Moreover, Christian Europe regularly tore itself apart on a much larger scale over fears involving supernatural influences. The Thirty Years War, which ended just half a century before the Salem trials, was in many respects far more devastating than the Second World War. It was fought over minor differences, baffling to us now, that involved various Christian superstitions and rituals. When it ended, some German provinces had lost half their population to the carnage.

Newton himself never feared persecution because of his scientific or his magical views. Rather, he lived in a constant state of secrecy and anxiety because he rejected the generally-accepted idea that God was somehow divided into three materially different parts, known as the Holy Trinity. Was the “Holy Ghost” a true facet of God? If you didn’t think so, you would very likely be imprisoned or put to death. In parts of Europe, in fact, it was far safer to be a practicing astrologer or wizard than a Roman Catholic or a Jew.

Taken out of context, the killing of a few dozen women in Salem seems like a horrific aberration, a brutal hate crime, the kind of thing that happens on a primitive frontier. But in the context of a world where people regularly murdered their neighbors because they happened to read a Bible printed in the “wrong” language or because they said their prayers with slightly different phrasings, the witch persecutions in North America begin to look both more normal and more horrifying. 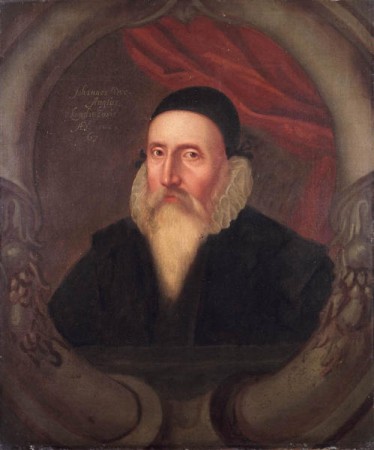 Portrait of John Dee, court sorcerer of Queen Elizabeth I, who retired in honor to a clergyman’s post. Artist unknown, Ashmolean Library collection

One peculiar wrinkle to this story is although vast numbers of people were persecuted for the supposed crime of witchcraft, it was fairly common during the same period for respectable members of the community to practice some forms of magic under certain conditions. Popes regularly employed astrologers. Kings and emperors kept alchemists and even court wizards on staff. John Dee, who was court sorcerer to Queen Elizabeth I, was occasionally threatened with punishment and sanction. But he also enjoyed high honors throughout her reign and was eventually given a clergyman’s post in his retirement.

It’s hard to sort out why some practitioners of magic–men as well as women–were put to death in unfathomably brutal ways, while others were consulted by powerful leaders, allowed to publish books, and given prestigious posts at universities and in churches. I’ve never found a convincing explanation for this weird inconsistency. It is also unclear why we continue to associate witch-hunting with American primitivism, when in fact it was a mainstream part of high European culture for centuries. The last English “witch” was put to death in 1682, a scant decade before Salem.

If there is a takeaway from the witch persecutions in Europe and North America, it isn’t that it was a form of frontier mania, practiced by zany puritans frightened of the dark woods. The takeaway, rather, is that whenever we believe in magical forces to such a degree that we are willing to judge, persecute, and even kill our neighbors based on those beliefs, terrible things happen.

By the early 1700s, the Enlightenment emerged with new, secular ideas about justice, scientific fact, and the importance of a civil judiciary shaped by reason and due process, not faith and zeal. It is this lesson that still resonates in America today, as some politicians, public officials, and citizens still insist that some of our neighbors should be judged and condemned based not on their character or their actions, but on supernatural ideas recorded in ancient books.