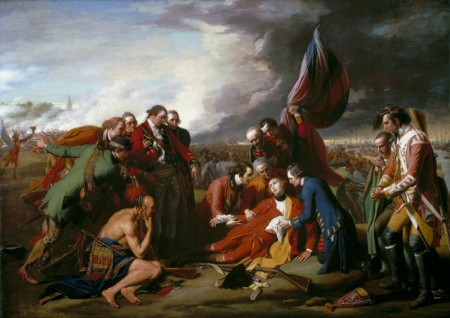 Back in school, the Seven Years’ War struck me as eminently forgettable – and I like history.

Yada, yada…some quarrel between France and Great Britain that spilled into their North American Colonies under a sub-title of the French and Indian War. It didn’t seem all that important, except as a precursor to the American Revolution.

Besides, after the Hundred Years’ War, or the Thirty Years’ War, what’s a mere seven? (Those Europeans were always fighting about something.)

Now I live where that conflict took place, or nearly so. From here, it’s easier to see how the Seven Years’ War shaped so much of what followed.

250 years ago today, February 10th, “The Treaty of Paris of 1763” went into effect, under which Great Britain, France, and Spain put the wide-ranging dispute to rest.

Writing in the National Post, author and historian Mark Bourrie calls the Seven Years’ War “The War that made Canada” and likens it to the world’s first global conflict:

It was fought in Europe, North America, the Caribbean, parts of Africa, India and on the seas. About 500,000 soldiers were killed in total, along with tens, maybe hundreds, of thousands of civilians.

It’s the war that ended with most of what’s eastern Canada and part of the U.S. northeast handed from France to Britain. Quebec is still trying to adapt to the severing of those bonds with the mother country. For most of their history, the descendants of the settlers of New France have fought against the political, cultural and social impact of the “conquest.” It was, for good or ill, the defining moment in Quebec’s history.

On the other hand, the Royal Proclamation, which set out the rules for the government of the new British North American lands, is one of the most liberal manifestos ever issued by any government that had just taken control of an enemy territory.

If that excerpt is to your taste, I recommend reading the whole article, which has much more to say on the ramifications of that conflict in this region and the world.

American historian and “Empires at War” author William Fowler spoke on a 2006 TVO interview about how the Seven Years’ War changed North America, and the world. He also theorizes that the North American portion of that conflict was exacerbated by 22-year-old George Washington, as the result of a skirmish (unprovoked attack?) in the Pennsylvania wilderness. This referes to a well-known – but still controversial – episode in Washington’s military career. Virginia militia under Washington’s command attacked a sleeping French encampment, before war had been declared. (The incident is an excellent example of how historians can interpret the same event quite differently.)

Mark Bourrie finds it curious there will be so little attention paid to the Feb 10th anniversary, though the Canadian War Museum did host a major exhibition “Clash of Empires: The War That Made Canada, 1754-1763” back in 2006.

It’s political, of course. Current War of 1812 commemorations are being presented as a feel-good triumph of unity: Brits, French-Canadians, Anglo-Canadians, First Nations, men and women – all together! – beating back a greedy invasion from an agressive U.S.A. This plays well to modern national pride in Canada – even though there was no nation of Canada in 1812.

Meanwhile, the far more important Seven Years’ War is still prickly because it marks the beginning of French Canada’s domination by English Canada, which presents sensitive cultural and political issues to this day.

Here’s more on the conflict and the Treaty of Paris from the University of Ottawa, and citation of the treaty language most relavent to Quebec, from the Quebec History Encyclopedia.

There’s no great point to be made in this post. I simply found Bourrie’s op-ed worth sharing as a good Sunday read on the actual anniversary date.

The only “popular” treatment of the Seven Years’ War I can think of is Daniel Day-Lewis and the late Russell Means in the motion picture “Last of the Mohicans” (1992).

Fort Ticonderoga (Fort Carillon) was build by the French during that conflict, but why stop there? New York was a prime battle ground.

What relics or after-effects of that conflict do you still note in your neck of the woods?

25 Comments on “A quiet anniversary: 1763 Treaty of Paris and the first “world war””