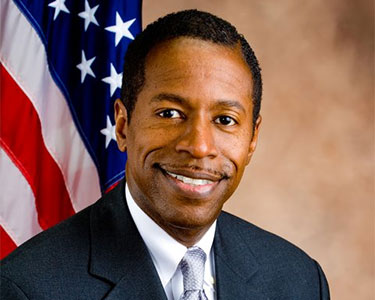 Is this the best you got? Malcolm Smith is allegedly at the center of a New York corruption scandal. Photo: NYS Senate

While traveling this week in Costa Rica, I’ve been following the unfolding narrative of New York’s own banana republic-style politics.

The allegations are sweeping and, let’s be frank, juicy.

Former senate majority leader Malcolm Smith, a Democrat from Queens is said to have helped funnel roughly $100,000 to various Republicans in an effort to buy the GOP line on the New York City mayoral ballot.

Real estate developers are involved.  The FBI had an undercover agent and an informant working the beat.

The FBI even went for the pop-culture reference in describing the affair, calling it “Malcolm in the middle.”

Now before I get to the nut of my reaction to all this, some boilerplate stuff.

First, Smith and his fellow travelers are innocent until proven guilty.  Second, public corruption is serious in New York.

That said, it’s impossible to avoid the sense that Albany and New York City wheel-greasers have lost a lot of their storied mojo.  I mean, New York is a state that helped invent corruption.

Democrat Boss Tweed ran Tammany Hall for decades in the 1800s and some estimates of his total take run as high as $200 million.

“The Tweed ring at its height was an engineering marvel, strong and solid, strategically deployed to control key power points: the courts, the legislature, the treasury and the ballot box. Its frauds had a grandeur of scale and an elegance of structure: money-laundering, profit sharing and organization.”

As recently as half a decade ago, Republican deal-maker Joe Bruno was accused of using his majority leader post to funnel more than $3 million to his private enterprises — a Federal rap he managed to beat.

Which brings us back to Malcolm Smith, a guy whose tenure as head of the state Senate will be remembered not for corruption but for sheer, muddled incompetence.

This is a guy who parlayed electoral victories statewide — not to mention a chance to gerrymander the state Senate into Democratic hands for a generation — into chaos and humiliation.

This is the guy Republican operatives and real estate wheeler-dealers (allegedly) chose to get into bed with?  A guy whose scheme was to buy himself the mayor’s office — as a Republican?

It’s also kind of pathetic the scale of corruption at play here.  If the Federal charges turn out to be true, these guys and gals sold their reputations, their livelihoods and perhaps their freedom for paltry wads of cash.

Boss Tweed would be embarrassed.

But in all seriousness, there are some silver linings here.  These indictments suggest that anti-corruption efforts are working, derailing alleged conspiracies before they metastasize.

They also suggest that the smart money is staying away from these schemes — especially when a guy like Malcolm Smith is purportedly in the middle.

4 Comments on “How the mighty (corrupt) have fallen”