Subscribe
iTunesSpotifyGoogle PlayRSS
by Nora Flaherty on May 24th, 2014 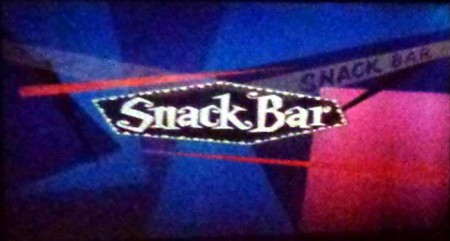 We’ve reported a lot in the last couple years about the threat that the coming digital conversion of films poses to small movie theaters in our region, and the many efforts that have been made to help local theaters make that transition. In many cases, those efforts have been successful, including a big award from the state to aid in the transition of several of our region’s movie houses (more on the Go Digital or Go Dark campaign, which is raising money for many local theaters’ digital conversion.)

My personal favorite theater locally is my local drive-in, the 56 Auto Drive-In. The theater doesn’t open in the spring, and when I checked recently to see my local listings I was somewhat crushed to find a note on the theater’s site indicating digital conversion wasn’t imminent, but that the theater would go on as long as possible with film and see what happened. But this week, something different!

BUT THIS WEEKS BIG NEWS IS:
Everything is in place for our conversion over to digital!!
The paperwork is all done and we’re looking to have the install done right after Memorial Day!!
We’ve started the prep work. The projection booth needs to be refurbished to create a dust free, temperature controlled environment for the new equipment.
With the new equipment we should see an improvement in the picture quality and brightness as we are going from a 4200watt bulb to a 7500watt bulb.
Also, we didn’t cheap out on the sound either- we went the extra mile and ordered the latest and greatest processor to complete the conversion. So the sound promises to be better than ever!!

I haven’t been able to reach JS Cinemas (which owns the 56 Drive-In along with theaters in Canton, Potsdam and Massena) but when I do I’ll report back on how they managed this. Meanwhile, happy moviegoing!