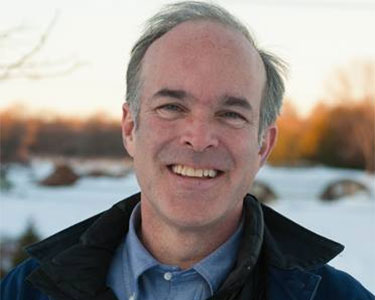 So after Republican Matt Doheny’s defeat last night at the hands of Elise Stefanik, we’re moving into the “general election” phase of the New York 21st Congressional District race. Democratic candidate Aaron Woolf has come straight out with some interesting proposals. In a press release, Woolf says he’s looking to “bring the North Country to Washington, D.C.” Here’s more from that press release.

With the public satisfaction in Congress at an all-time low, it is no surprise that turnout in the most recent Republican primary election hovered around 15% of eligible Republican voters.  As someone who has spent his career chronicling the consequences of Congressional short-sighted policies, Aaron understands and recognizes firsthand the frustration so many feel about Congress.  This is a primary motivator for Aaron’s entry into the race—the need for citizen representatives unencumbered by the special interests in Washington, D.C. and untainted by the toxic partisanship in the U.S. House of Representatives. With widespread frustration surrounding the government shutdown and reckless brinksmanship over the debt limit, Aaron has introduced five bold proposals – all of which he has pledged to abide by if elected – that will bring Members of Congress closer to their constituents.

-No budget, no pay for Congress – for real

-No funding for, nor use of, a taxpayer-funded gym or salon and barber shop by members of Congress on the public dime.  It is unconscionable that numerous individuals in the -House of Representatives took advantage of these perks during the shutdown of the government while federal employees could not get paid.

-No funding for, nor use of, taxpayer money to pay for the rent or lease of vehicles.

-No funding for, nor use of, health care “perks” that are not available to the general public.  Numerous lawmakers that have voted repeatedly to repeal the Affordable Care Act have voted for themselves taxpayer-funded lifetime health care plans.

-No travel under the “charter jet” loophole allowing members of Congress to use political campaign funds to upgrade a privately-funded flight to first class travel.

As [Woolf] explained, “I am running for Congress to represent New York’s 21st District and bring the region’s spirit of independence, practicality, and hard work to Washington.  Washington needs our bipartisan, cooperative spirit—we do not need more of Washington’s divisive attitudes determining how we live here. I plan to adopt these common sense reforms to demonstrate that what is fair in the North Country, like personally paying for personal benefits that we utilize, is also fair in Washington. We should be directing hard-earned taxpayer money towards creating jobs, investing in our region, and growing our economy, not for plush congressional benefits. As a Congressman, I will live by the same rules that apply to my fellow New York 21 residents.”

So what do you think? Are these proposals a good idea? Do you believe Woolf (or other legislators, for that matter) would adhere to them?