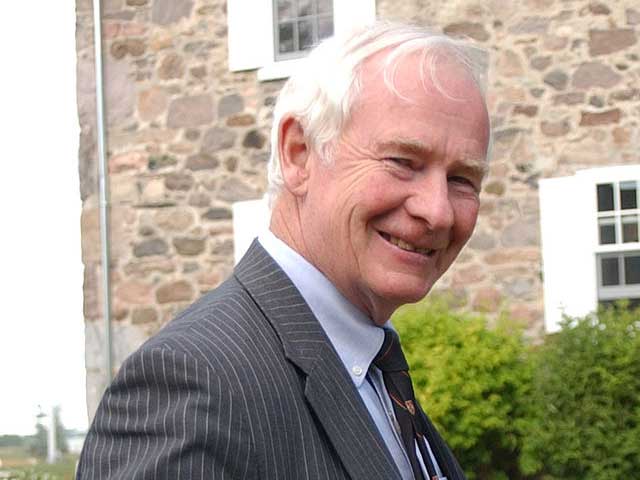 David Lloyd Johnston, then the president of University of Waterloo, in front of Brubacher House. Taken at UW’s Canada Day celebrations in 2007. Photo: Valacosa, Creative Commons, some rights reserved

As predicted – and with little fanfare – Conservative Prime Minister Stephen Harper has extended the term of the current Governor General, David Johnston, for two more years. (Technically that appointment is made by Canada’s head of state, Queen Elizabeth II. But such approval is virtually automatic.)

As reported by CBC:

Prime Minister Stephen Harper announced Tuesday that Johnston has accepted his invitation to remain in office until September 2017 — an “extended term” that, he noted, “will cover many of the events celebrating Canada’s 150th anniversary of Confederation.”

While there is no fixed term for the post, the average tenure at Rideau Hall has been approximately five years, a milestone Johnston, who was appointed in 2010, will reach in October.

This extension also means Johnston will be Governor General for the next federal election, currently slated for October of this year.

The role of Governor General is largely ceremonial. But the office does carry actual power in what might be described as referee capacity, as when questions arise over who should form a government, or if parliament can be suspended.

As a former law professor, Johnston is considered very well-qualified to assess any such scenarios, something often mentioned in media coverage of his tenure. That point was made in this article from the Toronto Star, a day before the extension was announced:

“He’s obviously very experienced, capable governor general. Keep him in there until the election is over,” said Peter Russell, an emeritus academic at the University of Toronto and a respected constitutional expert.

“While we like to keep it out of the hands of the GG (governor general) and let the politicians sort it out, you just never know. They might not sort it out and there might be a role for the GG to play,” Russell said in an interview Monday.

Looking for background material I came across this alumni profile from the University of Waterloo. It does a nice job of humanizing someone who grew up poor yet ended up at the top, exemplifying the goals of education and service.