Subscribe
iTunesSpotifyGoogle PlayRSS
by Brian Mann on May 7th, 2015 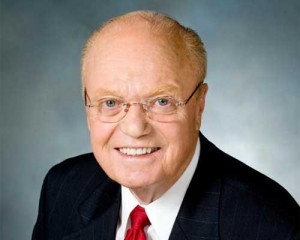 UPDATE, 3:30pm: Senator Joe Griffo tipped his hand a little bit this afternoon. Griffo said through a spokesman that the fact that he did not sign onto the letter of support for Skelos “should speak for itself and send a message”. Griffo wouldn’t clarify his stance further than that, except to say that he’s working internally in the conference to help determine what happens next.

One North Country senator who did sign the statement was Hugh Farley (R-Schenectady County), the former Indian Lake and Watertown resident, whose district now winds deep into the Adirondack region.

“We strongly believe that Senator Dean Skelos should remain on as Majority Leader of the New York State Senate,” the statement reads.  “He has the leadership we need to move the Senate forward so that we can continue to do the people’s work and finish out this year’s session in a productive manner.”

The move came after Democrats tried and failed to oust Skelos from the top leadership post as the latest scandal embroiled Albany.

Meanwhile, in an interview with the Glens Falls Post Star (UPDATE), Senator Betty Little called for Skelos to resign his leadership post.  “It’s unfortunate, but it’s just not going to work this way,” she said in a telephone interview on Wednesday.

Previously speaking with the Adirondack Daily Enterprise this week, Little signaled support for Skelos at least in the short term.

“There’s so many things we need to get done,” she said. Also, “there is the presumption of innocence until proven guilty, but certainly the allegations are very serious.  If the issue becomes a distraction, then that’s a different thing.”