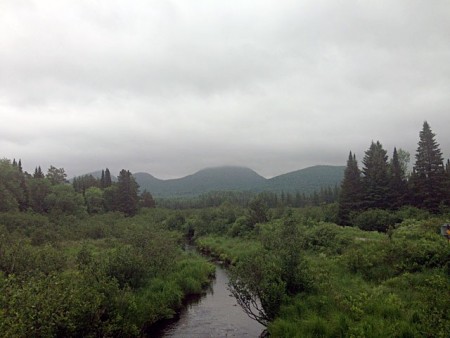 The manhunt for Richard Matt and David Sweat is now in its 19th day. Over the weekend there was a rush of hope after investigators found DNA evidence in a seasonal cabin in Franklin County. With more than 1,000 searchers in pursuit, including helicopters, tracking dogs, and deeply experienced New York State Forest Rangers, it seemed like the two convicted murderers would soon be back behind bars. So what happened?

What we found during our day spent exploring the perimeter of the latest “hot zone” was that this is vast territory, some of the wildest and most remote terrain in the eastern U.S. We began by driving a long stretch of Wolf Pond Road, entering the search area from the direction the inmates might have followed around Lyon Mountain and Dannemora. 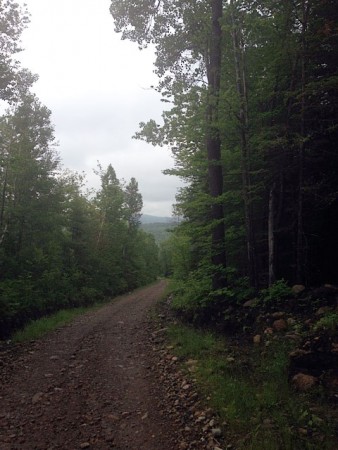 With NCPR intern Julia Ferguson snapping pictures, I gained a new sense of just how vast this section of the Great North Woods is. We drove and drove, often grinding through flooded sections, with rushing creeks flanking the dirt track. The forest on both sides was saturated with heavy rain.

Searching a wall of green 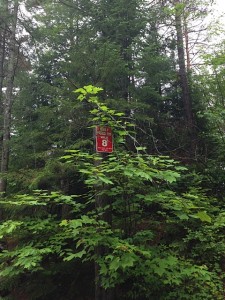 And there’s not just one road. As we drove, we saw a snarl of logging roads, hunting camp tracks and ATV trails winding away on both sides. All of that has to be searched. Only the occasional way-marker kept us on track as we made our way toward Mountain View.

We tried to imagine the difficulty of spotting two men in that dense brush who were trying to stay hidden. Matched against this terrain is a small army of trained searchers, men and women who are highly committed to keeping the pressure on Matt and Sweat. We saw a lot of that, too. 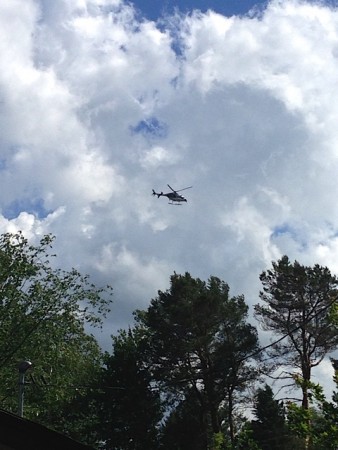 As we cut back and circled around through Malone to the northern side of the search perimeter – in the Mountain View-Owl’s Head area near Titus Mountain – we saw more and more State Police, FBI, and other agencies moving in convoys. At one point, we watched two choppers circle an area in tight formation. But that turned out to be a false alarm and soon teams were scattering to probe other areas.

Another complication is that this area, while wild and remote, is heavily dotted with seasonal structures, cabins, and small tourist enclaves. The truth is that while everyone hopes that these inmates are hungry and exhausted, they may well have found resources on their journey that will help them keep going. That could include food, maps, clothing and even firearms. 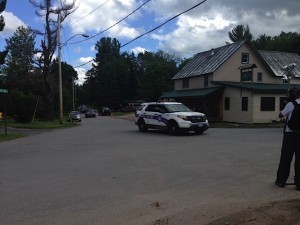 As we saw the number of structures in the area — many of them still empty and waiting for high summer when seasonal visitors arrive — it became clearer and clearer just how complex this search will be.

State Police, Corrections Officers, and other units have established a cordon around this section of the North Country, hoping to squeeze the area where these men could be hiding or trekking overland, but so far there have been no confirmed sightings.

So where does that leave us? It’s been almost three weeks and in theory, Richard Matt and David Sweat have experienced a living hell since digging and cutting their way out of Clinton Dannemora prison. They may be hungry and weary and bug-eaten enough that they will give themselves up any day. 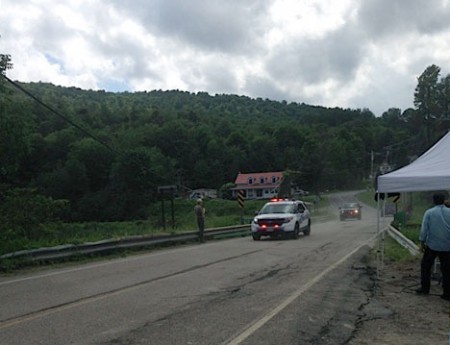 Guarding the perimeter of the search area just north of Titus Mountain outside of Malone. Photo: Julia Ferguson

Searchers could also get a lucky strike any moment. One slip-up, one wrong move, and these inmates will be nabbed. But unsatisfying and nerve-wracking as it sounds, this manhunt could still take days or even weeks. “The search area involves a large portion of Franklin County,” State Police acknowledged this week in a statement, “which is mostly rural with very rugged, mountainous terrain.”

After our long drive yesterday, we got a better, more visceral sense of just how daunting the logistics are for this search effort.

62 Comments on “Why haven’t they caught these convicted murderers yet? Let us show you.”